Given all the buzz around Bill Cosby and Woody Allen, we thought we’d spread some awareness with some sexual assault cases that didn’t quite get a lot of media attention. 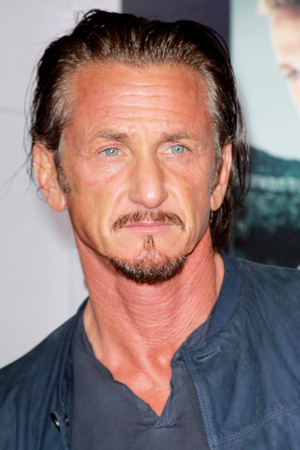 Back in June of 1987, Madonna went to the hospital after Sean Penn apparently hit her across the head with a baseball bat. A year and a half later, in December 1988, they allegedly got into a pretty serious brawl. According to a report filed by the Queen of Pop, Madonna tried to leave the house and Penn wouldn’t let her. He bound her hands with a cord from a lamp. She tried to run away and Penn chased her into the living room and tied her to a chair. He then threatened to shave her head. He went to the store to buy more alcohol, leaving Madonna tied to the chair and gagged. He came back hours later and untied her after she agreed to perform sexual acts on him. She managed to escape after that and drove to the nearest police station. The whole ordeal lasted nine hours. Pretty unreal, right?

In 2010, Spears was accused of sexually harassing her bodyguard, former policeman Fernando Flores. He claimed that the pop star — a mother of two — allegedly walked around naked in front of him on several occasions. Flores felt if he didn’t reciprocate he’d lose his job. The tipping point: Britney’s dad blaming Flores for her going out on stage with no underwear. He handed in his notice and Britney had no choice but to settle out of court.

Also in 2010, Sean Kingston faced gang rape charges by Carissa Capeloto. She claims that Kingston, his bodyguard and a member from his band all raped her after his Seattle show. Capeloto says she was unable to consent because they had been smoking pot and drinking vodka. Supposedly, she was taken to a hospital to be treated for physical injuries consistent with rape. The case was dropped after police determined Capeloto wasn’t credible enough to pursue the case.

In 2006, Oregon woman Molly Hagerty publicly accused Al Gore (in the National Enquirer) of sexually abusing her in his hotel room. Reports of a failed polygraph test deemed this case inappropriate for criminal prosecution, according to a memo by Senior Deputy District Attorney Don Rees. Just four years later, two massage therapists came out and accused Gore of sexual assault. Namely, asking for a “chakra release” which is massage-speak for “hand job.” Gore denied all of these claims. Allegedly these assaults happened in 2007 in Beverly Hills and 2008 in Tokyo.

This former choreographer for the hit show So You Think You Can Dance pled not guilty to the rape of four women between the ages of 20 through 26 during the years 2002-2009. His eight felony charges included four counts of forcible rape, two counts of assault with intent to commit rape and two counts of sexual penetration by a foreign object. These ladies were all dancers or aspiring dancers and said they met Da Silva through his classes.

While this case may be a little bit more familiar since it happened within the past year, singer CeeLo Green recently pled not guilty to a felony charge of slipping ecstasy to a 33-year-old woman who also accused him of sexually assaulting her. The 38-year-old coach on The Voice did not end up facing any charges because prosecutors concluded there wasn’t enough evidence to take that accusation to court.

VIDEO: Good men give a f***
True story: My husband and I made a sex tape
6 Unforgettable moments in reality TV history