Reeva Steenkamp was killed a year ago today, and Oscar Pistorius has broken his self-imposed silence to remember her. 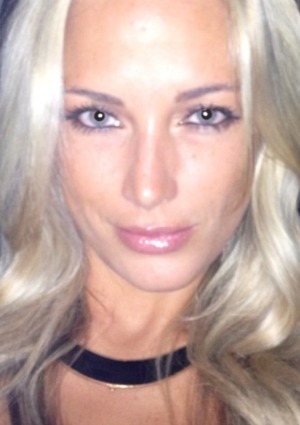 A year ago today, model Reeva Steenkamp was shot to death by boyfriend Oscar Pistorius while cowering in the Olympian’s bathroom. He has never wavered from his defense that the shooting was a case of mistaken identity — and now, on the anniversary of that terrible morning, Pistorius has posted a tribute to the victim on his website.

“No words can adequately capture my feelings about the devastating accident that has caused such heartache for everyone who truly loved and continues to love Reeva,” Pistorius, who is currently free on bail, wrote.

“The pain and sadness — especially for Reeva’s parents, family and friends, consumes me with sorrow,” he continued. “The loss of Reeva and the complete trauma of that day, I will carry with me for the rest of my life.”

Steenkamp’s family released a statement through their lawyer this week, saying, “June [Reeva’s mother] and other family members will be at the trial in Pretoria. All we are looking for is closure and to know that our daughter did not suffer on that tragic Valentine’s Day.

“Without offending the media, or any well-meaning persons, we would like to ask that our privacy be respected during this difficult time.”

They have not yet commented on today’s statement from their daughter’s accused killer. Pistorius’ trial is due to begin March 3, 2014.

The Blade Runner claims that in the early morning hours of Feb. 14, 2013, he heard what he thought was an intruder in his home in an upmarket area of Pretoria, South Africa, and fearing for his life, shot through the bathroom door — moments later horrified to see he had killed his girlfriend. Police and prosecutors claim he murdered Steenkamp in cold blood after the couple argued earlier that night.

Tell us: Is Oscar Pistorius’ statement tasteless or touching?