Campbell learns about Daphne and Jorge and he is not happy about it. Meanwhile, Bay tries to decide if Tank is the right guy for her. 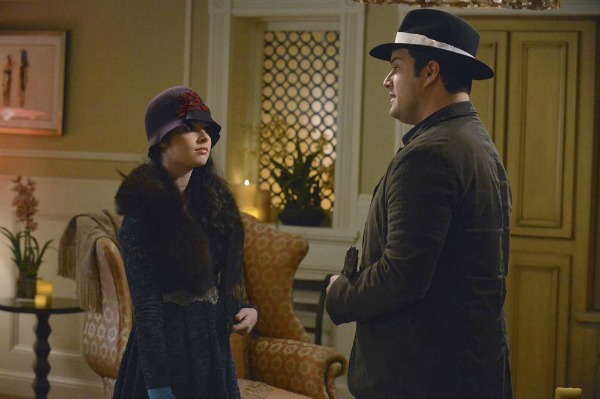 When last we saw the gang from Switched at Birth, everyone was dealing with complications in the romance department. Bay finally realized that Tank liked her as more than just a friend and then she spent most of the episode trying to figure out how to tell him that she didn’t see him that way. In the end, her new buddy became her hero and it looked like Bay just might have changed her mind about the big guy.

In a previous episode, Daphne found herself in a love triangle of sorts. Just as she started crushing on Campbell, she found out that he had a girlfriend. Then her old friend Jorge came into the picture and after one date, Daphne decided that she actually liked him. But then Campbell announced that he broke up with his girlfriend, which left poor Daphne more confused than ever.

Kathryn and John’s relationship has been slowly falling apart this season, thanks to Kathryn wanting to find more things to do for herself (and lying about them), which made John jealous. Then John went and had dinner and wine with Nikki’s mom and got caught in a kiss by Regina.

ABC Family has released a whole batch of sneak-peek videos for the next episode airing on Monday, Feb. 17, called “The Scream.” From the looks of the previews, things are continuing to get more complicated for everyone.

In the first preview video, we see Campbell attempting to ask Daphne out on a date, not realizing, of course, that she’s already dating Jorge. That problem is solved, however, when Jorge shows up and makes it clear that he and Daphne are more than just buddies. Needless to say, Campbell is not pleased.

In the second video, we see Kathryn and her pal Renzo chatting with John about a book party. It all sounds like fun until Kathryn admits that John doesn’t know what the book is really about. Uh oh.

In the third video, we see Daphne and Bay having a chat over lunch. Bay is having trouble signing, thanks to her injured arm, but she is still able to tell Daphne how Tank just might be the perfect guy for her.