Beth and Daryl are out on their own after the prison disaster, but you might be surprised to find out who’s in charge of their little group.

The Walking Dead returned last week with an episode that outdid the Winter Olympics in ratings. Why were so many people more interested in catching up on the zombie series than watching sports like figure skating and skiing? Probably because the mid-season finale left all of the survivors scattered everywhere, with no clues as to who was going to end up alive or dead when all of the dust settled.

In the most recent episode, “After,” it was discovered that Carl and Rick had survived. Rick was in bad shape, though, and it looked for a minute there like he might end up dying from his wounds and taking Carl with him. Luckily, father and son survived and were found by another lone survivor: Michonne.

In the next episode airing on Sunday, Feb. 16, it looks like fans will find out who else survived the prison destruction and how they’ve been doing since they hit the road. In the sneak-peek clip from the episode, “Inmates,” Daryl and Beth have ended up on the road together. But it looks like the loss of all of his friends has finally gotten to the usually stoic Daryl. In the video, he’s seen staring into the campfire while the formerly quiet and meek Beth tries to encourage him into action. It’s a fascinating role reversal and it will be interesting to see if Beth can pull Daryl out of his depression and get him back into fighting mode again.

A Glenn and Daryl romance? Secrets from The Walking Dead cast >>

AMC has also posted some sneak-peek photos from the episode, which show another shot of Daryl apparently giving up hope. 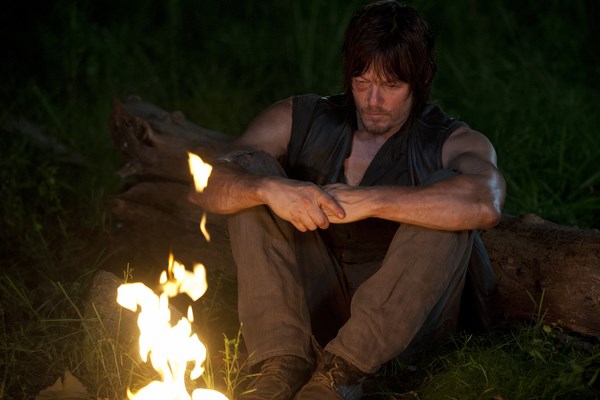 In another photo from the episode, fans will be happy to see another familiar face. It looks like Maggie definitely survived the tragedy at the prison, but what about Glenn? 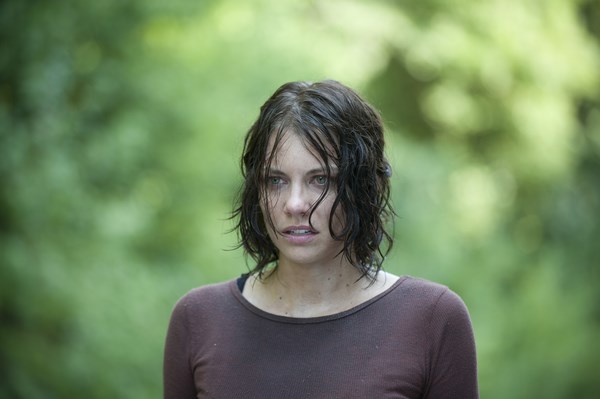 Does a major star of The Walking Dead have a role in The Crow? >>

In the final photo from the episode, it looks like another herd of wandering walkers is on somebody’s trail. Are they after Daryl and Beth, Maggie and whatever survivors may be with her or is the herd on the heels of other survivors we haven’t seen yet? 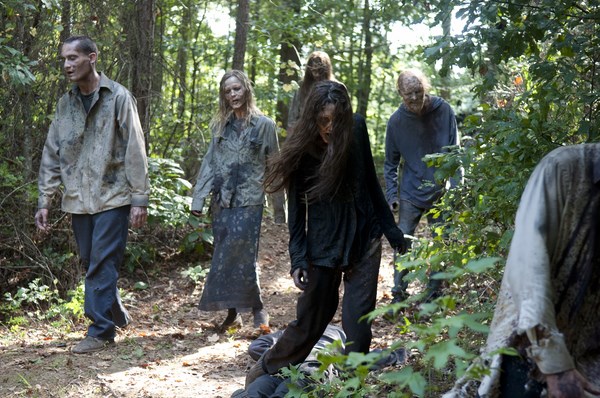