What could be better for your Valentine’s Day than Lana Del Rey and the luscious, seductive single “Video Games”? Oh, I don’t know, just maybe a cover by the sexy, raspy U.K. star Tom Odell. 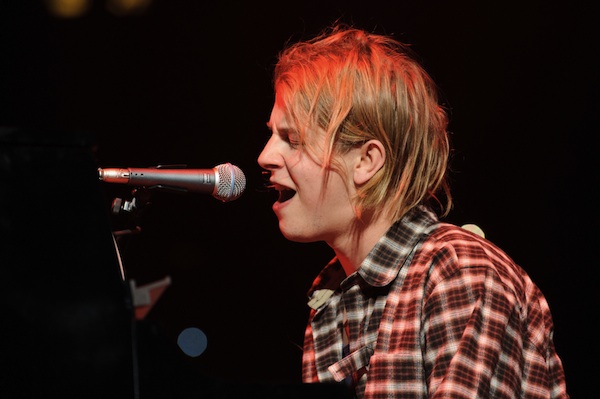 Remember what James Blunt did for “You’re Beautiful”?

You know — catapulted it to the top of the Most Romantic Songs lists the year it emerged. Perhaps it was his voice, or his demeanor, or the lyrics — but whatever it was, imagine if he took on “Someone Like You” by Adele today.

How can you keep up with breaking music news? By becoming inbox buddies with us! >>

That’s a cover you would want to hear. Why? Well, because we all secretly want to hear our favorite songs sung by the opposite gender. Just for the perspective, maybe?

Now I can’t say that would be a hit. Certain artists mesh well with certain covers. And Tom Odell lucked out with Lana Del Rey‘s hit “Video Games.”

Did you know Lana Del Rey is engaged? >>

“Video Games” may have been the single that really brought Del Rey’s talent to the front lines, arguably because it was featured in a very heated and climatic scene during the explosively successful CW show Gossip Girl.

But where or how Del Rey became an icon on the industry is irrelevant here. Because it’s possible that Tom Odell has given her some competition, and perhaps even topped her with his rendition of it.

How dare I say that? Well because, can you imagine a dark, sensual version of the song sung by an edgy man with a gritty voice? It’s everything you want to keep you warm on this holiday.

After all, if you don’t have an actual man to make you swoon, why not let Odell do it with his piano? He performed this delicious cover at the BBC Radio 1 Live Lounge, accompanied by emphatic background vocals (that he doesn’t need, but they add a level of chilling fervor).

Odell has been nominated for British Male Solo Artist and British Breakthrough Act for the 2014 Brit Awards happening this month. Perhaps after listening to this cover, you’ll see why. We can only hope he blows up on this side of the ocean soon.