Emmy award-winning actor Ralph Waite, best known for his roles as the The Waltons patriarch and Papa Gibbs in NCIS, has passed away at 85. 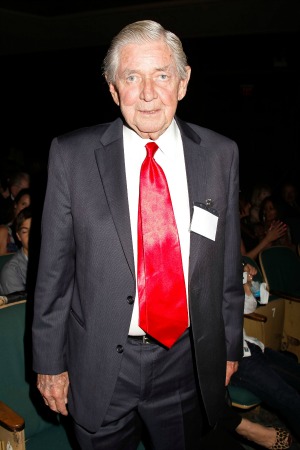 It has been a sad week for old Hollywood as yet another of its greats has fallen—The Waltons star Ralph Waite has died.

According to The Hollywood Reporter, Waite’s accountant Steve Gordon confirmed that the star passed away at midday on Thursday, Feb. 13 at his home in South Palm Desert, California.

Waite was 85. No further details on the cause of death have been revealed.

Waite was fondly remembered for his role as the father of the Walton family, John Walton Sr., in the hit ’70s CBS series The Waltons. The show entertained millions of Americans and earned Waite his second Emmy nomination, which he won in 1978.

Waite’s more recent TV appearances include his role as Jackson “Papa” Gibbs, the father of Mark Harmon’s character Leroy Jethro Gibbs in the police drama series NCIS, resulting in a younger generation of viewers falling in love with the actor.

The news comes a shock to many, as Waite was still working and appeared to be in good health. The cast of NCIS released a statement expressing their sadness at the loss of such a special man. “Everyone at NCIS is deeply saddened by the passing of our friend and colleague Ralph Waite. Ralph was family to us, a tremendous talent and a very special man. We truly cherish the time we had with him. Our hearts and prayers go out to his loved ones.”

Waite’s co-stars are left feeling deeply saddened by his passing and have reacted via Twitter or statements to express their sorrow.

Mary Beth McDonough, who played Waite’s daughter Erin Walton said, “I am devastated to announce the loss of my precious ‘papa’ Walton, Ralph Waite, I loved him so much; I know he was so special to all of us. He was like a real father to me. Goodnight Daddy. I love you.”

According to The Hollywood Reporter, actress Michael Learned, who starred as Olivia Walton, Waite’s on-screen wife, stated, “Ralph was a good honest actor and a good honest man. He was my spiritual husband. We loved each other for over 40 years. He died a working actor at the top of his game. He was a loving mentor to many and a role model to an entire generation. I’m devastated.”

Waite’s NCIS co-star Pauley Perrette also reacted to the sad news by tweeting, “So sad. Ralph Waite has passed away. Papa Gibbs. We love him at NCIS SO much. So so sad.”

The actor leaves behind his third wife, Linda East, and two daughters from a previous marriage. During this sad time, our thoughts are with Waite’s family and all those who loved him.