Dakota Johnson is happy with some parts of Ana Steele in Fifty Shades of Grey, but doesn’t understand her whole character. 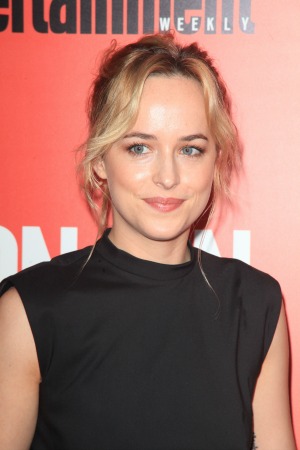 We are now one year out from Fifty Shades of Grey hitting theaters, and filming is well underway. Dakota Johnson is the lucky actress who won the role of Anastasia Steele in the film adaptation of the best-selling book, and is sharing her thoughts on the process of playing such an important character.

“[It’s] a lot of getting into the character’s head, in Ana’s headspace before she meets Christian, so it’s a lot of reading, which I love,” Johnson told Vanity Fair.

Besides reading up on her character, Johnson has been working to become Ana Steele. But she isn’t a fan of all of her life choices, including her chosen field of study.

“She’s an English major, so that’s kinda boring,” she added.

Readers of the series probably know that there is not much else that is boring about Steele, or the rest of the story. Johnson was obviously not hired for her ability to play an English student, but rather her openness to play a character in such a risqué story.

“I don’t have any problem doing anything,” Johnson told Elle earlier this month. “The secret is I have no shame.”

Besides the actress’ judgment of Steele’s major, she said she is having a good time working on what will be her first big film.

“It’s been a very smooth and fun and creative experience,” Johnson said, via MTV. “I think, going into something like this, you kind of have fears of what it could be like and none of those fears are happening. We all get along really well and the crew’s amazing. We’re just all trying to make this project the best it can be.”