Megan Fox’s second baby boy has arrived! Congratulations are in order for the actress and husband Brian Austin Green, who now have three sons to care for. 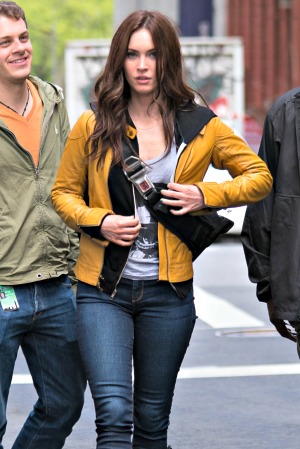 Megan Fox and Brian Austin Green’s baby news has once again leaked to the press. The private pair, who held out as long as possible before sharing information on their firstborn son Noah’s arrival, have welcomed their second child together according to reports.

Toofab broke the story Thursday, claiming to have the inside scoop on the bundle of joy that arrived in time for Valentine’s Day.

At this time, details of the baby’s birth are sparse, including the date the little boy arrived. While you might think he had to have been born quite recently, don’t forget the couple didn’t announce son Noah’s arrival until weeks afterward.

Taking to her Facebook page in mid-October 2012, the actress explained to fans, “We have been very lucky to have had a peaceful few weeks at home, but I would like to release this myself before others do. I gave birth to our son Noah Shannon Green on September 27th. He is healthy, happy and perfect.”

My, how time flies! Noah Green, who is now officially a big brother, will be 17 months old in just a few weeks. The famous pair are also raising the actor’s 12-year-old son Kassius, whose mother is Vanessa Marcil.

We’re hoping giving birth went more smoothly this time around for Fox, who previously opened up about labor pains by sharing, “I was screaming for an epidural when [my husband] was driving me to the hospital because my water broke on its own and I was immediately — it was level orange alert pain. It was so intense. And I thought I was gonna be really tough and make it… but the first contraction that I got was horrific!”

What name would you suggest for Megan Fox’s baby boy?