Ryan Seacrest is a host, producer and now a fashion expert. The TV personality is going to help men look their best with his new fashion line. 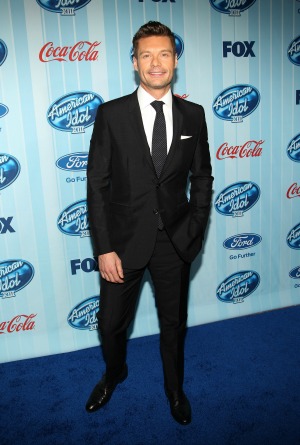 The man who already has a million jobs in Hollywood just added one more gig to his resumé, Ryan Seacrest. The TV host is diving into the fashion world with a new clothing line called “Ryan Seacrest Distinction.”

It will be sold at Macy’s this fall and the collection is for men who might be a bit challenged in the fashion department. The 39-year-old personality has created a color-matching system called “Style Made Smart.” It helps men accent their blue, black and brown suits with ease.

PHOTO: Miley Cyrus signs on as the new face of Marc Jacobs >>

The line, which is aimed at men from 25 to 45 years old, isn’t designed by Seacrest. He considers himself more of a curator of fashion.

Seacrest told the Wall Street Journal, “I’m not a designer, nor do I think I am. I see an opportunity to help curate these different pieces for guys at an accessible level.”

The Olsen twins scoff at haters for “uneducated perspective” >>

The prices for the collection start at an affordable $45 for items like a belt and then run up to $550 for a suit. The entire line will be available across the country in 150 Macy’s stores.

It will be interesting to see if Seacrest dons his own fashions for one of his many gigs like American Idol or Dick Clark’s New Year’s Rockin’ Eve. He certainly knows how to rock a skinny tie and slim-fit suit, but will the male buyers follow his fashion lead?