Benjamin Géza Affleck-Boldt was born Aug. 15, 1972 in Berkeley, California. His father was an actor with the Theater of Boston and his mother was a school teacher. He’s of English, Irish, Scottish, German, Swedish and French descent. He met Matt Damon when he was eight years old after having moved to Cambridge, Massachusetts following his parents’ divorce. He worked as a child actor on several made-for-TV movies and a handful of films.

Matthew Paige Damon was born Oct. 8, 1970 in Cambridge, Massachusetts. His father was a stock broker and his mother was an early childhood education professor. He’s of Scottish, Swedish, English and Finnish descent. After meeting Ben Affleck when he was ten years old, he went on to perform in school plays and had his first real acting debut at 18, in the movie Mystic Pizza (he had one line).

Ben Affleck: Affleck is an incredibly talented actor, director, screenwriter and producer. He won his first Academy Award for Best Original Screenplay for Good Will Hunting in 1997 and won for Best Picture for Argo in 2012.

Matt Damon: Also winning the Academy Award for Best Screenplay for Good Will Hunting, Matt went on to star in a slew of commercially successful films as well as gaining much acclaim for his myriad of roles in dramas. He received a star on the Hollywood Walk of Fame in 2007.

Ben Affleck: Ben spent 15 weeks sculpting his body for his role in The Town and is currently bulking up to play Batman in the sequel to Man of Steel.

Matt Damon: No stranger to altering his appearance for his work, Matt lost 40 pounds for Courage Under Fire, 30 for The Talented Mister Ripley, 22 for The Bourne Supremacy and gained 30 for The Informant! To prepare for his role in Elysium, Matt worked out for four hours a day.

Ben Affleck: A philanthropist, Ben supports many different charities from A-T Children’s Project to Paralyzed Veterans of America. He also traveled to the Congo in 2008 to witness the humanitarian crisis there; launched a campaign with Ellen DeGeneres to benefit Feed America and put a lot of time and energy into urging people to vote.

Matt Damon: Also a philanthropist, Damon is very actively involved in charitable work including Water.org, ONE Campaign and Lupus Canada.

Matt Damon: No pets at this time.

Ben Affleck: Affleck attended Occidental College in Los Angeles and the University of Vermont, but left to pursue acting.

Matt Damon: Attended Harvard University for four years, but left with only 12 credits to go in order to complete his Bachelor of Arts in English to feature in Geronimo.

Ben Affleck: After a string of high-profile romances (Gwyneth Paltrow, Jennifer Lopez), Ben finally settled down with Jennifer Garner. The couple has been married since 2005 and have two children together: Violet Anne and Seraphina Rose Elizabeth.

Matt Damon: Matt dated Minnie Driver and Winona Ryder before meeting his “soul mate,” Luciana Bozan Barroso, in 2003. The couple married in 2005 and has three daughters and one daughter from Luciana’s previous marriage: Alexia, Isabella, Gia and Stella. 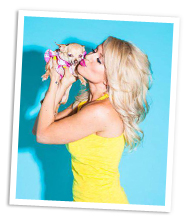