If you’re looking for a celebrity nanny gig, this is your warning. Mariah Carey admits she’s difficult to work for. 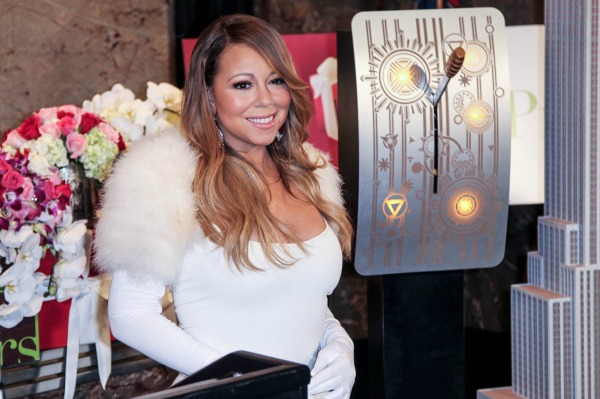 Many child caregivers love to work for celebrities because of all of the perks the job can bring. From vacations to hefty holiday bonuses, a nanny can definitely rake it in. However, there’s one celebrity nannies might want to think twice about, Mariah Carey.

On Wednesday during an interview with New York’s The Breakfast Club on Power 105.6, the diva admitted that it isn’t easy to work for her. She says that she fires her twins’ nannies on a regular basis.

Carey and husband Nick Cannon are parents to son Moroccan and daughter Monroe, both 2 1/2. While they are adorable kids, don’t get too close to the tight-knit family.

“Unfortunately, I have to have nannies, but I’m very hands-on. I fire nannies like this,” she revealed with a snap of her finger.

The “Hero” singer continued, “And I hate doing it, but I have to because if they try to make themselves more important in the baby’s mind than me.”

Carey was on the radio to promote her new single, “You’re Mine,” which is the perfect Valentine’s Day tune. Unfortunately, she will be away from her husband on the love-filled holiday this year.

She shared, “He’s not even going to be home from what I hear now, (because of his) schedule.”

Have no fear, the couple is still going strong and Cannon is pretty good in the romance department.

Carey praised her man, “I have to say Nick is very festive as well. I give him credit where credit’s due; flowers, we celebrate our anniversary every month of the year.”

There’s definitely love in that family, just not for the nannies.