Prince William and David Beckham are teaming up, along with some other big names, for a cause they both believe in. But can their voices save the rhinos in time? 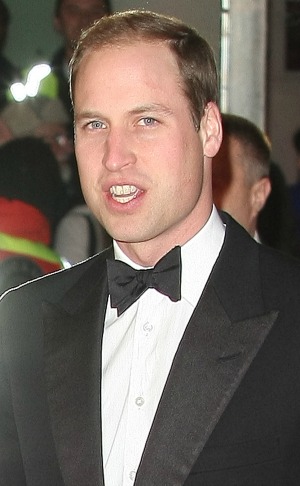 Prince William and David Beckham are a powerful duo, and together they are working to save the rhinos. The prince and soccer player are teaming up with NBA star Yao Ming to address poaching of wildlife across the world.

The three got together to film a 45-second public service announcement at Wembley Stadium for WildAid to show that all the rhinos left in the world could easily fit into the famous soccer stadium.

Through green-screen technology, it appears as though the animals are in the stadium.

Prince William, Beckham and Ming aren’t the only celebs to fight for the cause, which is apparently close to many hearts. Jackie Chan has also filmed a plea, called Tools of the Trade, co-starring Spike, a white rhino, according to People. The video was co-produced by the African Wildlife Foundation, but was given $100 million worth of airtime from the Chinese government.

The government’s similar campaign, along with a government ban to reduce shark fin consumption, has reportedly halted the practice by up to 50 to 70 percent. They hope to have similar results with their rhino campaign.

Prince William, his brother Prince Harry, and his father Prince Charles also attended a conference this week addressing the illegal animal trade. William’s wife Kate is also passionate about the cause.

A real class act! Prince William heads back to school >>

The goal of the conference was to reduce demand for rhino parts so it is no longer worth it to poachers to hunt the animals.

“Sadly, all the wild rhinos in the world can [fit into the stadium] with room to spare,” William said in the PSA. “Together we can save our wild rhinos. When the buying stops, the killing can too.”

Watch the PSA below