The 45th Annual NAACP Awards have lined up some serious star wattage for their show on Feb. 22. See who is appearing at the event this year. 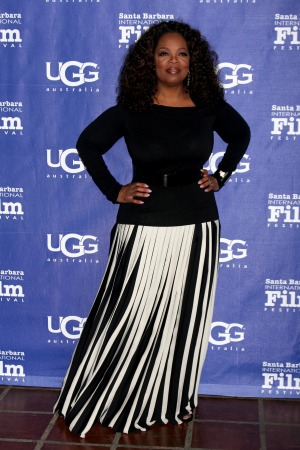 It’s going to be a star-studded night at the 45th NAACP Image Awards. On Thursday, the NAACP and TV One announced the lineup for the Feb. 22 event.

Epic Oscars show: U2 to perform >>

There will also be a special presentation by Oprah Winfrey, who will honor the late Nelson Mandela during the live show.

Anthony Anderson is the host of the evening and previously announced presenters in attendance will include Lupita Nyong’o, Tyler Perry, Arsenio Hall, Octavia Spencer and Lou Gossett Jr. The show announcer is former 24 star Dennis Haysbert.

Several other big awards will be handed out during the two-hour event. Forest Whitaker will receive the NAACP Chairman’s Award while Paris Barclay, president of the Directors Guild of America, and Cheryl Boone Isaacs, president of the Academy of Motion Picture Arts and Sciences, will be inducted into the Image Awards Hall of Fame. Both are the first African-American presidents of their respective entertainment organizations.

One honor has yet to be revealed, though. It’s the NAACP Entertainer of the Year for the “individual within the entertainment industry who has achieved notable success in multiple projects and mediums.” The contenders for this year’s award are Beyoncé, Dwayne Johnson, Idris Elba, Kevin Hart, Nicole Beharie, Oprah Winfrey, Pharrell Williams, Steve Harvey and Tyler Perry. Fans can vote on the Image Awards website until Feb. 14.