Paula Deen lands a $75 million investment deal despite the racial slur scandal that threatened to ruin her career. 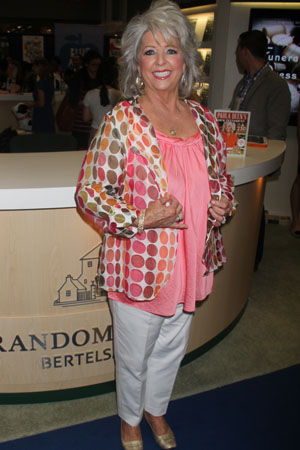 Paula Deen is back in action after snatching up a multi-million-dollar deal for a new company, even after a scandalous racial slur situation almost ended the famed chef’s long career.

Deen is going to be partners with Najafi Media, a company founded by CEO Jahm Najafi, to form Paula Deen Ventures, which will include all of the chef’s restaurants, cookware, cookbooks, cruises and more. Najafi confirmed the news to CNN, saying he has “deep respect for the hard work, unique content and quality products which Paula has built around her brand.”

Just a few months back, Deen came under fire for allegedly making racial slurs and for her involvement in a discrimination lawsuit from an ex-employee. The suit was ultimately dropped, but Deen had already suffered several setbacks after she was dropped by sponsor giants such as J. C. Penney, Kmart and Walmart.

“While this has been a difficult time for both my family and myself,” Deen said in a statement, “I am pleased that the judge dismissed the race claims and I am looking forward to getting this behind me, now that the remaining claims have been resolved.”

Paula Deen on diabetes scandal: Get over it >>

Her statement continued, “During this time my faith has strengthened me and the tremendous outpouring of support as well as prayers from folks of all walks of life has been both humbling and overwhelming.”

The famed chef added that those who know her are aware of how she believes in fairness for everyone and with how she lives her life. However, she also revealed that she and her team would review the environmental workspace issues that came up during her legal ordeal and make sure they are addressed accordingly.