Kate Middleton’s engagement ring from husband Prince William was envied by girls all over the world. But it was far from the most extravagant ring in history. 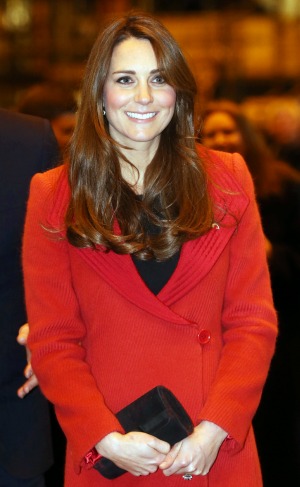 Who says a diamond is a girl’s best friend? For more than 500 years, engagement rings have symbolized the commitment and love a couple share, but how much is too much? Some celebs throughout history have had some very big rocks, and it remains a status symbol among those recently-engaged couples.

According to Jewelers blog Allurez.com, million dollar (or more) engagement rings are nothing new. It started back in 1477 when Archduke Maximillian of Austria proposed to his bride-to-be, Mary of Burgundy. Her ring featured diamonds in the shape of an “M” and, since then, famous couples, many of them royals, have worked to show their love through a diamond.

In 1796, Napoleon Bonaparte proposed to Josephine Beauharnais with a near-$1 million ring. The marriage did not last, but Bonaparte set the bar high. Since then, more royals have accepted their engagement rings worth more than many make in a lifetime. Although the value of Queen Elizabeth II‘s engagement ring is unknown, it features 3 carats, made out of diamonds from Prince Philip’s mother’s tiara. Grace Kelly was proposed to by her future husband, Prince Rainier III of Monaco, with a $600,000 ring in 1956.

Kate Middleton‘s ring is a little more modest, valued at only $65,000. Her ring is much more sentimental, though, as it is a family heirloom worn by Princess Diana on her wedding day to Prince William‘s father, Prince Charles.

In the over-$1 million club is Beyoncé Knowles‘ $5 million ring and Kim Kardashian‘s ring at a rumored $7-8 million.

When Kardashian and Kanye West were engaged, she (naturally) posted a photo of the giant ring on Instagram.

See the infographic below.

Comment here — Do you think the 3 month salary rule is a good standard for engagement rings?