Iconic comedian Sid Caesar has died after a struggle with respiratory problems. He was 91. 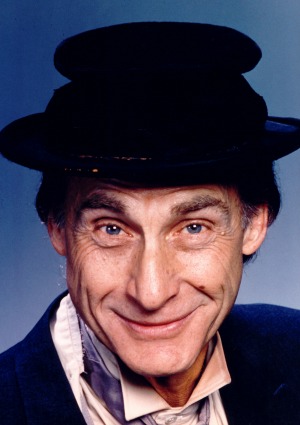 The man who helped define the “Golden Age of Television,” Sid Caesar, has died at 91 years old.

Family friend Rudy De Luca confirmed the death but did not know the cause, only that Caesar had suffered from respiratory problems and other health issues in recent years.

Caesar rose to fame on Your Show of Shows and Caesar’s Hour in the 1950s, featuring incredible writers like Neil Simon, Carl Reiner, Mel Brooks, Mel Tolkin, Lucille Kallen and Larry Gelbart. He received a Tony nomination in 1962 for his role in Neil Simon’s Little Me and appeared in classic comedy films like It’s a Mad, Mad, Mad, Mad World, Airport 1975, History of the World: Part 1 and Grease.

Fellow comedians and stars honored Caesar upon learning of his death.

“Inarguably he was the greatest single monologist and skit comedian we ever had,” Carl Reiner said in a statement to The Hollywood Reporter. “Television owes him a debt of gratitude for his pioneering work and the great shows he gave us all. Render unto Caesar what is his due. He deserves real applause from the American people.”

Said Woody Allen, “He was one of the truly great comedians of my time, and one of the finest privileges I’ve had in my entire career was that I was able to work for him.”

Tell us: What is your favorite Sid Caesar movie?