Neon Trees are getting ready to release a new album, after massive success over the last five years. Tyler Glenn explains what the album means, and is letting you ask him what you have always wanted to know about the band. 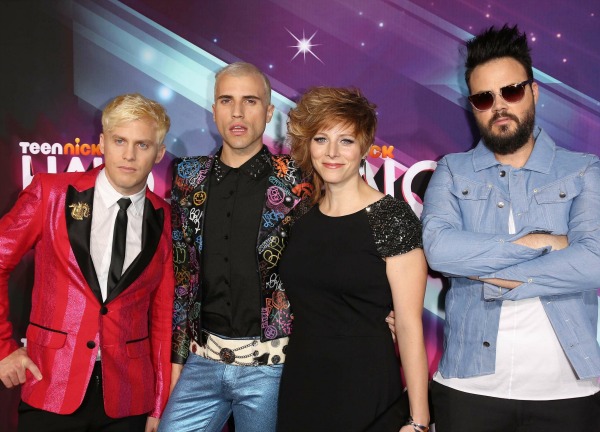 Tyler Glenn of Neon Trees will be taking over @SheKnows on Friday. Tweet us your best questions by using #NTVday and join us live on Valentine’s Day, Feb. 14 at 2 p.m. PST to hear the answers to all your questions during our Twitter takeover with Neon Trees.

Neon Trees have been on the national stage for less than five years, but have made an impact in almost every area of pop culture. The Provo, Utah, band first gained national attention with their 2009 single “Animal,” a song that was unavoidable for at least a year. Not only did Taylor Swift cover the song, but it was also featured on Glee (a big accomplishment for any musician).

10 New playlists to shake up your iPod >>

In 2012, they released their follow-up album Picture Show, with the single “Everybody Talks.” Once again, the song was hard to avoid, especially after being featured in a commercial for Buick. They were again featured on Glee as well.

The small-town band found themselves in the spotlight and continue to do what they love most: make music. They are out promoting their latest album Pop Psychology, and lead singer Tyler Glenn explains this one will feature a more mature band. Glenn recently told Radio.com the album is a lot about dealing with life on the road, and at the top. He felt it was time to take a break for a while.

“I always felt like we were playing catch-up,” the singer said. “And I always felt mentally, even like physically, I was figuring out who I was on stage, and that was a weird sort of thing for me to struggle with while gaining more popularity.”

As life on the road took its toll, Glenn started seeing a therapist. He explains the new album will showcase many of the feelings he has gone through in the last few years.

“At moments there’s a cry for help and sadness,” he said. “But I think it’s a real fun pop record at the heart of it and something with a message too.”

Pop Psychology will be out April 22. Watch their single “Sleeping with a Friend” below.