Despite recent rumors he was leaving the show, Kris Jenner claims her ex Bruce Jenner will not quit Keeping Up With the Kardashians. 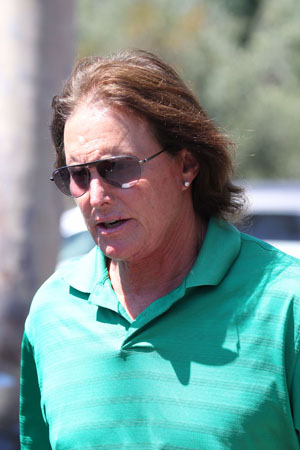 Kris Jenner assured fans of Keeping Up With the Kardashians that despite some credible rumors that have surfaced recently, Bruce Jenner is not leaving the show.

Speaking with Entertainment Tonight on Thursday, Feb. 13, Kris said that her husband, who she remains good friends with despite their separation, is not quitting their popular reality show.

Kris and Bruce Jenner split: Is a costly divorce next? >>

“We film together every day,” Kris said. “Bruce had a speech on [the] East Coast, so he was gone for 24 hours… We start filming Season 10 in January, including Bruce.”

Her statement came after a report from TMZ claimed that Bruce was not coming back for the next season. Several sources connected to the famous reality family and the production crew told the site that Bruce was done with the show. The former Olympian reportedly wants to spend his time golfing, flying around in helicopters and riding motorcycles. He allegedly also wants to spend more time with his kids off-camera.

Bruce would also like to stay in Malibu, where he now lives, and would rather not return to Hollywood or Calabasas, California, which is where the rest of the Kardashian clan calls home. Since he moved out following his separation from Kris, Bruce’s role in the show dwindled noticeably anyway, so stepping out completely wouldn’t seem that far-fetched.

Meanwhile, Bruce has been busy transforming his looks in the last several weeks. The medal-winning athlete just colored his long hair an ombre shade after recently undergoing surgery to shave down his Adam’s apple.

Is Bruce Jenner having a serious identity crisis? >>

Bruce has “always been obsessed with his looks,” sources told Us Weekly recently, but his appearance has been changing very drastically since his separation from Kris last October. The changes were so pronounced that they incited rumors he was getting ready to undergo a sex change.

Currently, Bruce and Kris’ teenage daughters, Kendall and Kylie, live with their mom and are a big part of the hit reality show. But Bruce’s older three sons from a previous marriage, Burt, Brody and Brandon, live on their own and aren’t part of the series.