Supernatural may be off the air until Tuesday, Feb. 25, but fear not, dear fans. We’ve got five ways you can stay busy until the show returns. 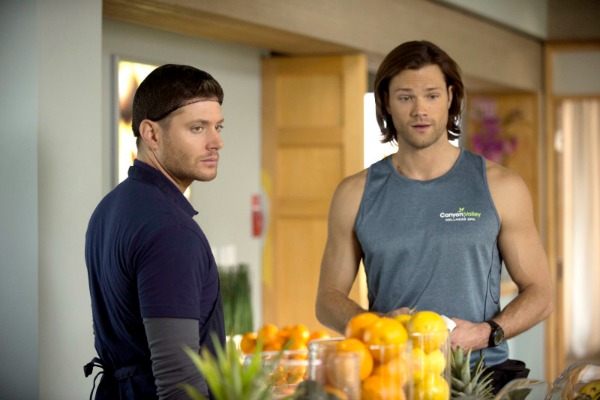 With less than two weeks to go until the next episode of Supernatural, it still feels like the show has been gone forever. Thanks to the Olympics, the hit CW series is taking a little break for the winter, and that means fans will have to wait to find out what happens next with Sam (Jared Padalecki) and Dean (Jensen Ackles).

When we last saw the Winchesters, Sam had declared that he didn’t care why Dean had lied to him and allowed an angel to take over his body. Sam told his older brother that basically everything bad that had happened, including the death of one of their dearest friends, was all because of Dean’s actions. As if that wasn’t bad enough, Sam also suggested that Dean should have just let him die and even proclaimed he would have let Dean die had the tables been turned.

Waiting through a hiatus, no matter how short, is hard enough, but when it comes on the heels of a conversation like the boys had in “The Purge,” it’s even harder. So we’ve come up with five ways to stay busy until the show returns on Tuesday, Feb. 25.

Re-watch old episodes… and turn them into a game

Chances are you’re already watching and re-watching old episodes of Supernatural while waiting for new episodes to air. But have you tried watching them while playing a drinking game, or for those who want a different option, a workout game? Pick things that happen fairly often on the show (such as Dean yelling “Sammy!”) and assign a task to it, like taking a sip of an adult beverage or doing 20 jumping jacks.

Go on a monster hunt

One way to pass the time while waiting for your favorite hunters to return is to play a hunter yourself. All you’ll need is a flashlight, a container of salt, some chalk (for making devil’s traps) and a dark place to explore. Invite some friends over for a hunt at home and maybe even set up clues for them to find. If you want a spookier experience, you could try heading out into the woods. Just be sure to pick someplace safe!

Sure, Supernatural airs on a school night, but who’s to say you can’t make it fun anyway? Gather your friends around on Feb. 25 so you can all cheer, laugh and cry together when the next episode airs. If you want to make things really interesting, try combining a few of our other suggestions into your party theme. Have a monster hunt or sit around and watch YouTube videos before the episode comes on.

It is easy to find hours and hours of Supernatural-themed videos on YouTube. Fans from across the globe have made tributes for pretty much every character on the show and put them to music. There are videos that will make you laugh and ones that will make you cry, but the one thing they all have in common is a love for the show.