Macklemore and Ryan Lewis surprised fans when they racked up the Grammy gold, but the “Thrift Shop” rapper’s apology text to Kendrick Lamar was an even bigger surprise, and it angered Drake! 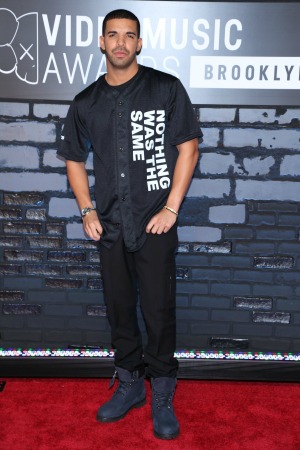 Macklemore and Ryan Lewis stole the show at the 2014 Grammy Awards, and the musical duo managed to even take home the Grammy for Best Rap Album for The Heist over Kendrick Lamar’s Good Kid, m.A.A.d City, which surprised many fans — and apparently even Macklemore himself.

Macklemore, whose real name is Ben Haggerty, decided to do something a little strange and text Lamar an apology for winning the Grammy over him.

The “Thrift Shop” hit maker apparently believed that fellow rap artist Lamar deserved the title more than he did, and he sent him an apology text that read, “You got robbed. I wanted you to win. You should have. It’s weird and sucks that I robbed you. I was gonna say that during the speech. Then the music started playing during my speech, and I froze.”

“Anyway, you know what it is. Congrats on this year and your music. Appreciate you as an artist and as a friend. Much love.”

Although, the story gets stranger because Macklemore then decided to take to Instagram and share a screen shot of his text message, which he captioned, “My text to Kendrick after the show. He deserved best rap album. … I’m honored and completely blown away to win anything much less 4 Grammys. But in that category, he should have won.”

Most of the world thought this was strange, but Canadian rapper Drake thinks it was a little more than strange. The “Hold On, We’re Going Home” singer revealed his thoughts on Macklemore’s apology text to Rolling Stone magazine, referring to Macklemore’s message as “that s*** was wack as f***.”

“I was like, ‘You won. Why are you posting your text message? Just chill. Take your W, and if you feel you don’t deserve it, go get better — make your music,'” Drake said.

The reason Drake is unimpressed with Macklemore’s text message is he feels it was completely insincere. He said, “Why do that? Why feel guilt? You think those guys would pay homage to you if they won? Own your s***.”

Drake was also nominated for a Grammy for his album and he felt slightly offended that Macklemore only reached out to Lamar about the win. The hit maker added, “To name just Kendrick? That s*** made me feel funny. No, in that case, you robbed everybody. We all need text messages!”