It’s going to be an epic night for music fans at the 2014 Oscars. U2 has been added to the performers’ list. 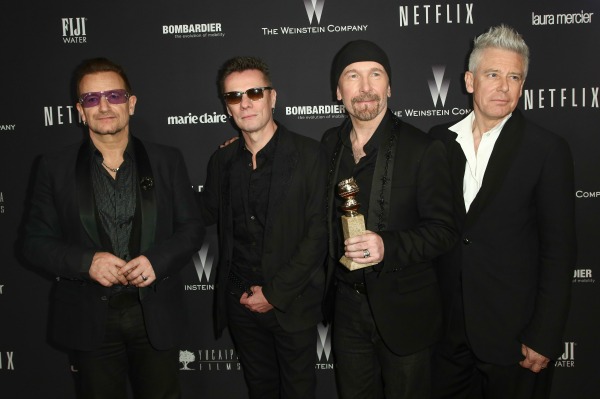 It’s turning out to be a musical extravaganza for the Oscar broadcast on March 2. The Academy of Motion Picture Arts and Sciences announced on Wednesday that U2 was officially added to the performers’ list.

The group is nominated for Best Original Song for “Ordinary Love” from the film Mandela: Long Walk to Freedom. They are currently the odds-on favorite to win the category since they took home the Golden Globes award in January.

What’s exciting about the Irish band’s appearance is the fact that this will be the first time the song will be performed live. Also scheduled to perform is the previously announced Pharrell Williams for his nominated song “Happy” from Despicable Me 2 and Idina Menzel for “Let It Go” from Frozen.

That leaves only one other possible performer which is Karen O. for “The Moon Song” from Her. The category only has four nominees this year after an Academy member and nominee for the song “Alone Yet Not Alone,” from the film of the same name, violated Oscars’ rules by campaigning to other Academy members during the nominations process.

All eyes are also focused on this category because Robert Lopez, who is nominated for “Let It Go,” might join the EGOT [Emmy, Grammy, Oscar, Tony] club if his song wins. He would only be the 12th person in history to do so.

The show theme is movie heroes this year and it will be hosted by Ellen DeGeneres for the second time. She last hosted the show in 2007.