Colin Farrell has done a lot of growing up since the birth of his first son 10 years ago. And now, he seems dedicated to raising his two children. 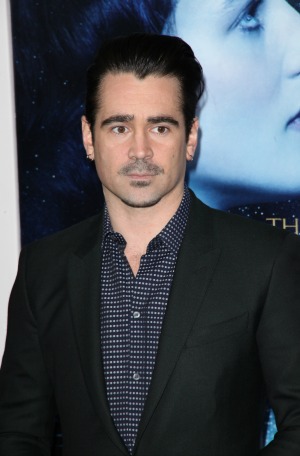 Colin Farrell is the dream of plenty of women, but his heart belongs to his two children. His son James, whose mother is model Kim Bordenave, is 10 years old and suffers from Angelman Syndrome, but his dad said he is “an absolute stud.”

Angelman Syndrome is a genetic disorder that can affect speech, movement and balance according to People. But Farrell couldn’t be prouder of his son.

“Every day, just breaking down boundaries,” Farrell told People at the premiere of his new movie. “He’s an amazing boy.”

James was the reason Farrell finally decided to check himself into rehab to get help for drug and alcohol abuse nearly 10 years ago, and the actor said his son has continued to inspire him since that day.

“Everything he’s achieved in his life has come through the presence and the kind of will that is hard work. He’s a lot to be inspired by,” Farrell told People back in October. “Things like walking and talking and eating and feeding himself, all those things that so many of us naturally take for granted because they come so easily, to James, they come somewhat harder. I remember the days when he couldn’t watch 10 minutes of a film because he couldn’t sit still, but now he can.”

James is older brother to 4-year-old Henry, whose mom is Alicja Bachleda, and appears to be growing up just as normal children would. Farrell was asked if his children had seen any of his movies, and he said they had only seen one of them.

“Epic — [but] they didn’t know it was me, so that was kind of a bummer,” he said of the animated film. “They seemed to think it was alright. I don’t think it went to the top of their favorite list of cartoons, which is a bit disappointing.”

Colin Farrell will next be seen in Winter’s Tale, in theaters on Valentine’s Day.