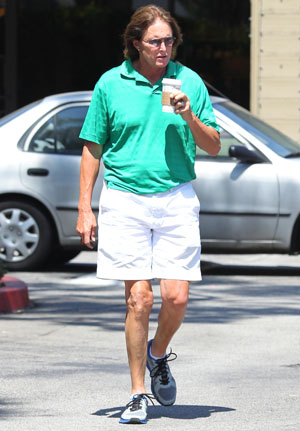 Jenner’s changing looks have been raising eyebrows and going as far as starting rumors he may be headed for a sex-change operation. The latest in his appearance changes is a longer, puffy hairstyle with brand-new ombre coloring.

This latest fashion statement comes on the heels of Jenner’s recent Adam’s apple shaving, a procedure often performed on individuals getting ready for male-to-female gender reassignment surgery. However, Jenner has said that he just wanted to get rid of his throat lump for a long time as he never cared for it.

The Olympian athlete’s looks have been changing more rapidly since his public separation from wife Kris Jenner. The alterations in him have been so drastic that his own daughters, Kendall and Kylie, began to get confused as to what they meant. While Jenner hasn’t expressed any interest, at least openly, in becoming a woman, his family would certainly support him if he was looking to do so.

Meanwhile, a source close to Jenner and his family say that his constant attention to his appearance is not a surprise because he’s “always been obsessed with his looks.” Apparently, Jenner has “never felt comfortable in his skin,” the insider added.

Another source told RadarOnline that Jenner has become increasingly more conscious about his physical appearance since he came into the world of reality TV. The 64-year-old may be having issues dealing with the aging process and trying to look younger by altering his looks.