Gabrielle Union has been through one marriage, and has decided to learn from her mistakes. This time, she will be preparing herself for a long-term relationship. 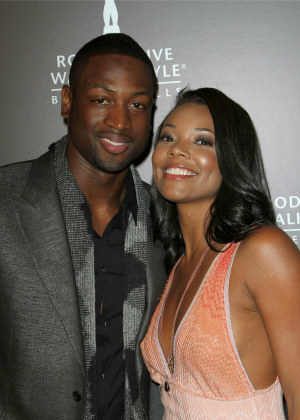 It was true love for Gabrielle Union and Dwyane Wade, but only a few months after becoming engaged, they have already faced numerous challenges (including an unexpected baby by another woman). It may be because of those challenges, or because of her experiences with her first marriage that Union has decided to protect herself with a prenup this time.

“I’ve got to protect my stuff,” Union told Arsenio Hall. “The biggest difference between this and the last marriage will be a prenup — at my insistence.”

Union and Wade were engaged just a few days before Christmas of 2013. They both announced the news via social media, including a (giant) ring photo by Union on Instagram. The actress was married to NFL star Chris Howard until 2005, and she may have learned some lessons from that marriage. But she also said, “The reality is, I’ve never seen Dwyane balance a checkbook.”

Even though Union and Wade have been engaged since December, they have been dating (off and on) for years. Besides making long-term financial decisions this time, she has decided to make some more personal decisions about her wedding as well.

“The last time, I just wrote checks,” she said. “I was working, I had a wedding planner, and I just showed up and was like, ‘Ooh, that’s nice. Who picked that out?'”

This time, the couple will be having a simple wedding: no bridesmaids and only close friends and family in attendance.

“There’s a lot of people who think they’re coming,” she admitted. “If you’re not about us and we don’t both have a relationship with you, you’re not going to make it.”

Wade is making many of those decisions — he calls him the “executioner” because he’s not afraid to decide who makes the cut.