Kevin Hart and Justin Bieber have become friends over the years, and Hart is the latest to offer some advice to the troubled teen. 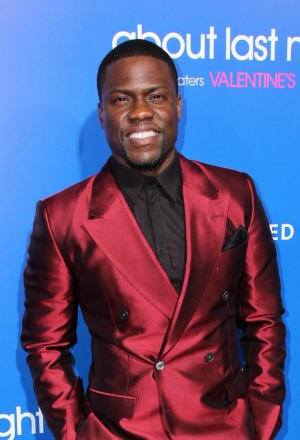 Wild child Justin Bieber received some support from his friend, comedian Kevin Hart, even though the two grew up in very different circumstances. Hart has worked hard to get where he is, and can now call himself a full-fledged movie star. But he has been on the stand-up trail for the last 15 years, and has learned a lot about life and growing up.

Bieber’s recent antics had him behind bars, allegedly smoking pot, driving drunk and egging his neighbor’s home. He has been famous since he was a young teen, and has more money than he knows what to do with. The comedian explained that if anyone else were in Bieber’s shoes, they would probably act the exact same way.

“Justin’s a teenager,” he said, via People. “I called him and I told him, ‘Look, when I was a teenager I did some stupid stuff too.’ That’s what you’re supposed to do as a teenager. The job is to learn from the stupid mistakes that you make.”

Bieber and Hart have become friends over the years. On Bieber’s 18th birthday, Ellen DeGeneres invited both of them on her show so Hart could wish him a happy birthday. Hart was again on the show on Tuesday, Feb. 11, and offered some support for the singer.

“That’s my guy, man,” Hart said at the time. “Let me tell you something, I’m a friend. If I say I’m your friend, I’m your friend. Regardless of what it is you’re going through.”

What Bieber is going through may just be growing pains, but Hart reminds him that as an adult, he should know better than to act like a child.

“Learn from it, grow up, move on,” he said. “But don’t keep giving them ammunition. He understands that, but he’s putting himself in a position for them to keep on finding him and doing things.”

Hart was also arrested for a DUI, last year, and he offered something of an excuse for Bieber, and some of the wild things he has done in the past few years.

“Honestly, if I had Justin’s money at his age and ya’ll cut me loose… Justin bought a monkey at one point in time,” Hart joked. “I was like, ‘I probably would have [done] the same thing!’ If I’d have seen a monkey run by and somebody told me I could do what I want because I’m 18? ‘I wanna take that monkey on the plane with me, guys. Don’t tell me I can’t, I got a lot of money. I want the monkey.'”

After the show taped, Bieber thanked Hart for his support.