The number of athletes and journalists that are getting sick and/or suffering injuries just keeps growing at the Sochi Winter Olympics. 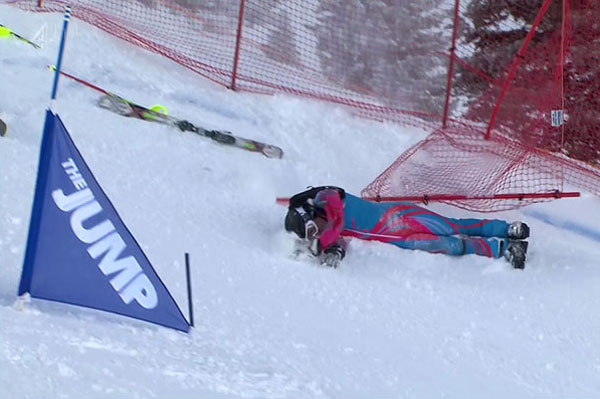 The list of injuries and illnesses at the 2014 Winter Olympics in Sochi seems to be growing longer. From bad eye infections to painful concussions, athletes and journalists are falling victim to all kinds of maladies.

While this year’s Winter Games are, in general, moving along quite well  — despite the negative publicity such as the @SochiProblems Twitter account — there is an unfortunate increasing number of injured and sick people in Sochi.

It all began with Bob Costas’ infamous eye infection. The esteemed veteran journalist was thrilled to once again helm the Sochi Olympics coverage for NBC, so a red swollen eye wasn’t going to get in the way of his duties. Until it did. Unfortunately, Costas’ left eye has gotten so bad he had to step aside and let Matt Lauer fill in for him until the persistent infection clears up.

Another victim to illness was bobsledder favorite Lolo Jones. The 31-year-old Olympian had bad cold and flu symptoms and was quarantined to a hotel room for a couple of days to keep others from getting sick. She has since been discharged from isolation, and fortunately feels much better.

“Just released… been in quarantine room in Olympic village,” Jones tweeted. “Single room was nice just wish I had one of those stray dogs to keep me company.”

Then, snowboarder Marika Enne of Finland became one of the many injured so far at the games when she fell hard on her head during her slopestyle course run and suffered a concussion. Next, a favorite of the games, Norway’s Torstein Horgomo, broke a collarbone and had to be taken out of the games completely.

Another big favorite, American Shaun White, hurt his left wrist while practicing on the dangerous course, which has now been tweaked by the athletes and their coaches in to make it safer for riders.

Added to the list is Maggie Voisin, 15, an American freestyle skier and the youngest athlete at this year’s games. The young competitor hurt her ankle while practicing and lost her chance to compete for a medal. “Oh, I wanted to do that so bad,” the disappointed teen from Montana said while holding on to her newly acquired crutches.

Fortunately, most of the athletes are healthy and in one piece. But for those who have made the list of growing ailments, the disappointment is unmeasurable. As for Bob Costas, we hope he can get his eye in control in time to continue his much-missed coverage of the games.