Rumors have been following Eva Mendes all month, and she finally addresses them. But to her, it’s all humorous. 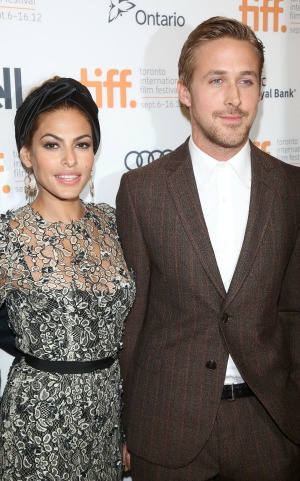 It has been a big month for Eva Mendes, at least if you listen to the rumors. First, it was reported that she was pregnant, and then she and boyfriend Ryan Gosling reportedly broke up. But Mendes understands her life in the spotlight and thinks all the gossip is humorous.

She opened up to Ellen DeGeneres about the pregnancy rumors and why she thinks it all started.

“I didn’t want to go through the scanners at the airport. You know, those X-ray scanners, which are really creepy,” Mendes told DeGeneres via People. “They basically see you naked, right? And not only that, but there’s a radiation aspect to it, so I always opt out. I always ask for a personal pat-down. I don’t mean in person, I meant in private because they can take you. Ladies, I want you to know that they can take you in private, they can take you into an area.”

“Good idea. Good idea. That’s the way to get a Valentine,” DeGeneres responded jokingly. “Even better, you can go to an area.”

Even though Mendes said she always requests avoiding the scanners, this was the first time it started the rumors because this time it was caught on camera, and “that was a good enough reason to say, ‘Hey…'” Mendes said.

“No, you’re not pregnant. I know,” DeGeneres said. “I just wanted to give you the chance to announce if it’s a boy or girl.”

Even though millions of women would probably love spending Valentine’s Day with Mendes’ beau Ryan Gosling, she said she will probably be spending the big day doing the same thing plenty of other women will be doing — watching her boyfriend.