It appears that Glee star Dianna Agron has once again found herself single after splitting with her restaurateur beau Nick Mathers. What caused the happy couple to call it quits? 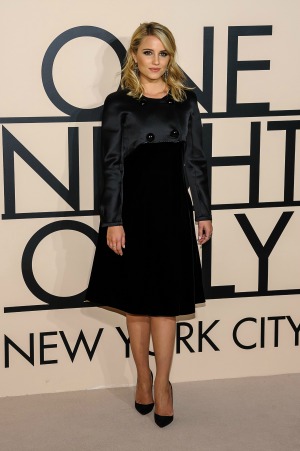 The blond beauty was linked to her ex-beau in August, but apparently the romance was short-lived and the actress is said to have already called time on their relationship a while ago.

SheKnows sits down with The Family‘s Dianna Agron >>

According to E! News, a source revealed that Agron “dumped him a month ago.” However, there were no further details on why the couple decided to go their separate ways, and much of their relationship has been kept private and away from the public’s prying eyes.

Although, it was previously believed the once-smitten couple were getting to be quite serious with each other.

A source previously revealed to Us Weekly, “It’s pretty new, but it’s serious. Nick [Mathers] is amazing, from Australia. [He’s an] incredible designer [and has] great restaurants like Ruby’s Burgers in Australia and NYC, Goldie’s and Eveleigh here in LA. He’s a really super sweet, lovely guy.”

However, with such intense work schedules, it appears there was just not enough time to maintain a loving relationship.

Yet, Agron will have plenty of distractions to keep her mind off her failed romance. She is busy filming her latest movie Zipper in Baton Rouge, Louisiana, while her ex-lover has his hands full with his successful restaurants across the globe.

Luckily for the I Am Number Four actress, she doesn’t appear to have a problem getting dates with gorgeous men. She has been previously linked to James Franco’s brother Dave Franco, Alex Pettyfer and Sebastian Stan. Lucky girl!