Celebrities all over posted messages of condolences and their thoughts on the passing of child star icon Shirley Temple Black. 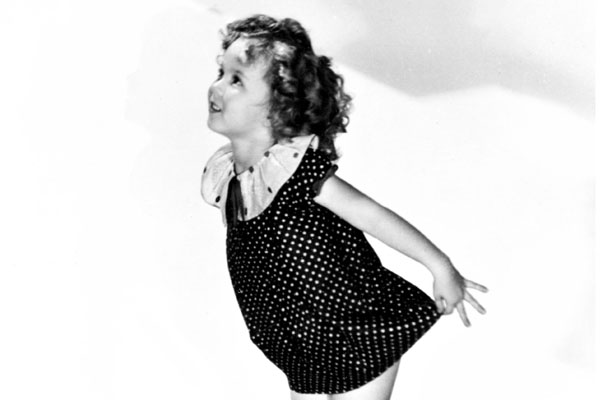 Shirley Temple Black will forever remain a name in the movie world, having left her mark as one of the most famous and loved child stars of all time. Now, other celebrities have taken to social media outlets to leave their thoughts on the legendary actress.

Appearing in classics such as The Little Princess, Little Miss Broadway, Curly Top, Stowaway and many more, Temple Black made a name for herself that is still known today in households the world over. The little cutie’s name even inspired the most well-known non-alcoholic drink that kids and adults alike still enjoy today.

In the wake of the sad news that Temple Black has passed on, a slew of celebrities have taken to Twitter, Instagram and Facebook to share their reactions to the loss of the esteemed Hollywood legend. Russell Simmons, Rose McGowan, George Takei and many others left their sweet condolence messages for all to see.

Read on to see what they had to say.

Russell Simmons shared on Facebook, “RIP: Shirley Temple dies at the age of 85,” and posted a sweet photo on Facebook of the actress as a little girl with her signature ringlets. Rose McGowan wrote, “I loved her so much. I’ve seen every movie of hers, I own her scrapbooks & have 3 dolls. She was a giant talent.”

“She brought much joy to so many during a time of great suffering,” Star Trek actor George Takei said. “Dance, laugh and twinkle amongst the stars now, Shirley Temple.”

Mia Farrow wrote, “Little Shirley Temple raised the spirits of a nation during the Great Depression. RIP,” and Olivia Munn said, “Rest in peace Shirley Temple. The world is so much brighter because you were in it…”

Marlee Matlin posted a very sweet and personal message for the fallen actress that said, “Shirley Temple brightened spirits when the world was dark. [I]’ll never forget her kind words to me at the Oscars. A star forever. RIP.”

James Franco posted on Facebook, “We love you Shirley Temple. Love to all the child stars, grown before their times.”

“RIP Shirley Temple,” Caroline Manzo tweeted. “She was a huge part of my childhood, I would sit for hours watching her every weekend.”

Shirley Temple Black died at the age of 85 due to natural causes. She was surrounded by those who loved her most when she passed away at her Woodside, California, home on Monday, Feb. 10. She will be dearly missed.