David Cassidy’s wife, Sue Shifrin-Cassidy, is reportedly filing for divorce after the former teen idol is arrested a third time for DUI. 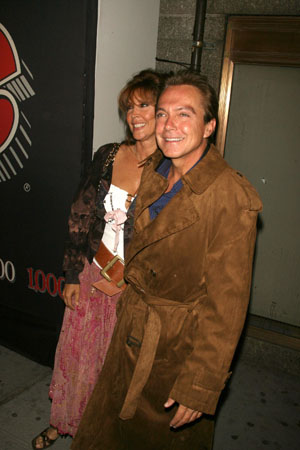 Sue Shifrin-Cassidy and David Cassidy are reportedly headed for divorce as she gets ready to file papers following his third DUI arrest.

New reports claim that Shifrin-Cassidy, 65, has filed for divorce on Tuesday, Feb. 11, TMZ reported, just a short time after Cassidy was arrested for his third DUI. Apparently, the couple has been separated for four months and Shifrin-Cassidy’s decision to divorce is actually not related to Cassidy’s drunken run-ins with the law.

“This has been looming for some time,” Shifrin-Cassidy told the site. “I am truly heartbroken that our marriage is ending.”

The long-term pair confirmed their separation back in August, which was incidentally when he received his second DUI. Cassidy, 63, was first arrested for drinking and driving in November 2010 after he was pulled over in Florida.

The former teen idol was arrested for a third time on Jan. 10 of this year when he made an illegal right turn coming off the freeway in Los Angeles. When he performed a sobriety test it revealed he had a .19 alcohol level in his system.

Cassidy was said to be doing well in getting sober around the time he appeared in Celebrity Apprentice three years ago, but legal issues concerning a Partridge Family merchandise lawsuit caused him to relapse. The actor is currently in rehab and spoke with Entertainment Tonight from the treatment facility.

“This has been a very difficult time for me battling this deadly disease, like millions of others in the country,” Cassidy said.

Meanwhile, Shifrin-Cassidy has also spoken out about her soon-to-be-ex getting treatment for his alcohol issues.

“I’m glad David is getting the help he needs,” she said. “And I am confident he will come back better and stronger than ever.”

Shifrin-Cassidy and Cassidy have a son together, Beau, 23. The “I Think I Love You” singer also has a daughter, Arrow star Katie Cassidy, 27, from a previous relationship.