The sister of Julia Roberts sent a series of angry tweets directed at the actress in the months before her death. 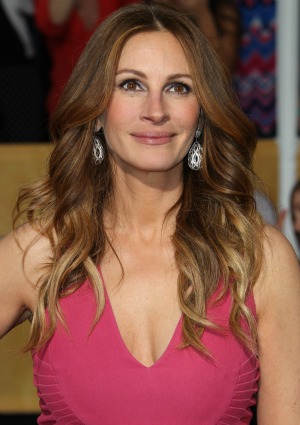 Celebrities have family feuds too, and in the case of Julia Roberts, the Pretty Woman’s feud was pretty ugly.

Nancy Motes was found dead of a suspected drug overdose Sunday, but not before sending months’ worth of tweets tearing down her famous half-sister Julia Roberts.

The relationship between the two has long been contentious, with reports that Roberts allegedly belittled Motes about her weight so often that she underwent gastric bypass surgery in an attempt to escape the ridicule. But if her Twitter messages are to be believed, the situation between the two just got worse as time went on.

In October, Motes — going by the name Nancy Dabbs Dilbeck — posted a series of messages complaining about the treatment she was getting from her family in the midst of her wedding planning.

“I found my beautiful shoes for my wedding day! And anyone that wants to bring me down during all the planning I have to do can kiss my a**!” she wrote.

A series of tweets from January that have since been deleted made more pointed and angry remarks directed right at Roberts.

“Do you want to be a fan of someone so cruel? She’s not even that good of an actress. Happy you totally F***ed with me?”

“I must admit I maybe going to far… But I never been so angry in my life. I’m actually a pretty easygoing, peaceful person.”

Several days later Motes was at it again.

“Feeling blessed, even though I’m sick as a dog! I’m very grateful that I have my loves family, since my own family has abandoned me,” she wrote.

“Hey Hag! Glad you f***ed with me yet? You’re going to LOVE what’s coming! FYI-You’re an awful, hate filled old pathetic excuse for a human,” she added, seemingly directed at Roberts.

“I must be grateful & not hateful. I must forgive. But Damn that is a REALLY hard thing to do sometimes, right?!?!”

While Roberts’ family confirmed the death with a statement to People, the actress herself has yet to comment on the rift between the two. But in an interview last summer, Motes claimed Roberts frequently fat-shamed her and discouraged her from pursuing her own Hollywood dream.

“When I was in high school and she was an adult, she would just let me know that I was definitely overweight. She would make it quite clear to me and in a not so nice manner,” Motes told The Daily News in August 2013.

“Julia did not want to see me go down that path [of acting]?…?So I just got a lot of criticism from Julia, which was very discouraging for me.”