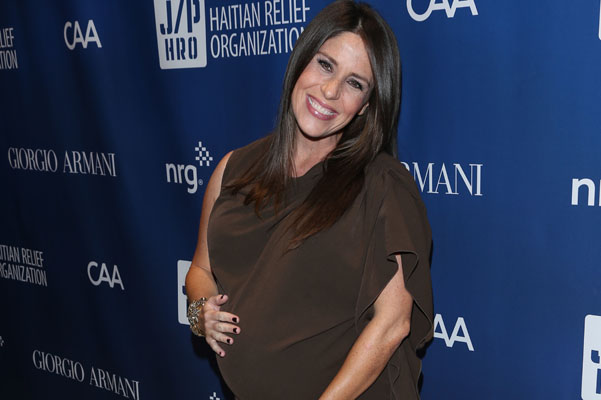 Former Punky Brewster star Soleil Moon Frye welcomed a baby boy on Monday, making it the third child for the actress who already has two girls.

The little one, whose name has not yet been released, came into the world early on the evening of Monday, Feb. 10, weighing in at a healthy 9 pounds plus and measuring a whole 21 inches long, Brewster’s rep confirmed to Us Weekly.

Frye also revealed the news herself when she tweeted an announcement on Tuesday. “Our amazing baby boy was born yesterday. We are so excited [f]or the newest addition to our family. Thank you for the love! Xo.”

Our amazing baby boy was born yesterday. We are so excited gor the newest addition to our family. Thank you for the love! Xo

The 37-year-old actress, who is also a writer and co-founder of her website moonfrye.com, is already a mom to two daughters, Poet, 8, and Jagger, 5, with husband Jason Goldberg. So when she was pregnant, she had big aspirations that the girls would give her lots of help when the new baby arrived.

“I hope that since Poet’s 8 and Jagger’s 5 that they’ll be little mommies,” Frye confessed, and added that without a nanny she relies on everyone in the family to “chip in” a little help here and there. She also revealed how she has learned so much more from her kids than she’s actually taught them.

“I thought I’d give them all this wisdom, and they’re my biggest teachers,” Frye said. “They’re constantly inspiring me.”