Selena Gomez has always seemed like the one who had it all together. But after a secret rehab stay, she is working to get back on track. 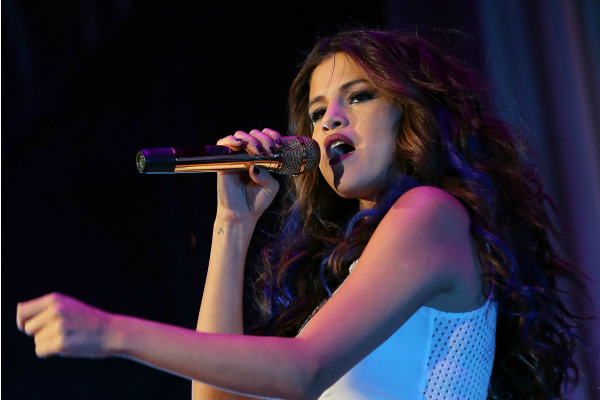 Selena Gomez is on the road to recovery after spending two weeks in rehab last month, and finally opened up about her healing process. Monday night, the singer thanked her fans, via Instagram, for their support during this time in her life. She also shared a little insight into her recovery.

“I’ve done everything I could to the best of my ability,” she wrote. “Thank you for the unconditional love and cyber hugs. You inspire me.”

In the photo, Gomez looks to be in a peaceful place, on a boat in a lake surrounded by green mountains. Gomez’s rehab stay reportedly had nothing to do with drugs or alcohol, and the photo shows her holding what looks like a glass of red wine.

The Disney star has been surrounded by other addicts in her life, including ex-boyfriend Justin Bieber and BFF Demi Lovato. Gomez was right by Lovato’s side as she struggled with her cocaine problems, and Lovato has since returned the favor. She tweeted her support just after news emerged that Gomez had visited the rehab facility.

Weakness is living in denial. Only the strongest people ask for help. 💗

Joe Jonas has also come out in support of Gomez.

Justin Bieber took the opposite approach and said he wishes people would stop blaming him for Gomez’s problems.

Although reports have surfaced that Gomez left rehab before she was supposed to, it looks like she is doing all she can in efforts to help herself. Her fans are supporting her in the process as well.