Have the 2014 Winter Olympics in Sochi become a massive embarrassment for Russia? Is the negativity surrounding Sochi deserved, or is the Western media taking things too far? You decide. 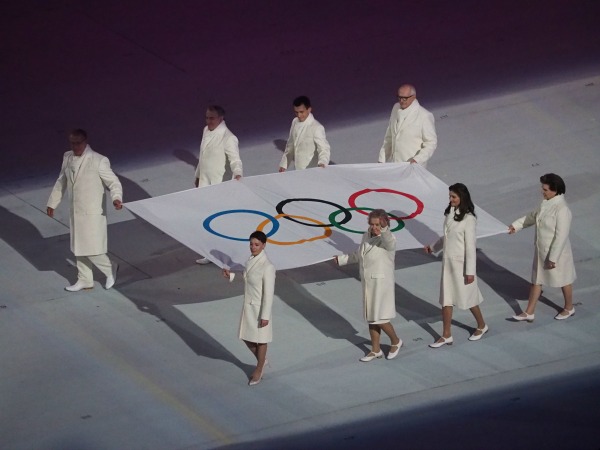 The 2014 Winter Olympics in Sochi, Russia, were controversial from the start, and president Vladimir Putin was already facing tough international criticism before the games even began. Now, the conditions of the city’s facilities and infrastructure have caused an even bigger headache for Russian officials.

Thousands of people called for a ban or a change in location from Sochi for this year’s prestigious Winter Olympics. Among the reasons for the outcry were the human rights issues for LGBT athletes and journalists in Russia, because of the country’s recent controversial anti-gay laws that ban the “propaganda of non-traditional sexual relations” among minors.

However, the event was not moved, much to the disappointment of many journalists, athletes and sporting fans, who in protest have taken the opportunity to use social media to voice their disdain.

The Sochi Winter Olympics were meant to be a chance for Russia to boost its economy and promote the country in a positive light. However, the Western world seems unwilling to let the 2014 Winter Olympics be remembered for the sporting achievements.

Instead, journalists want it to be remembered as a gigantic embarrassment for Putin and Russia, and it appears this is being achieved by focusing on only the negative aspects of the undeveloped Southern Russian region. The problems include healthy and safety issues, unsavory living conditions, debris in hotel rooms, dirty water and poor plumbing and electric work.

Most people will be able to count the number of articles that have focused on the Sochi Games sporting achievements on one hand, because the trending hashtag dominating the web is #SochiProblems and the Twitter account @SochiProblems has been receiving a lot of attention — far more than the official event sites #Olympics2014 and #sochi2014.

Sure, no one wants to drink water that’s the color of peach juice and the plumbing system in Russia is a serious problem. So serious, in fact, that the Russian people do not drink tap water unless it is boiled.

As some pictures on the @SochiProblems Twitter show, there are some serious concerns. Having an electric switchboard in your shower poses a serious safety risk. The caption reads, “Need to do a little electrical work and take a shower? No problem. #SochiProblems #Sochi2014”

https://twitter.com/SochiProbIems/statuses/432524860669964288
Then there are posts far less serious and only really shared to add to the embarrassment of Sochi officials. These include posts that are mocking the typos in official and hotel notices; but what many of these journalists fail to realize is that the people of Russia speak Russian, not English, and there are bound to be a few mistakes. Is it not a tad insensitive to mock people because they don’t speak your native tongue?

Other potential Sochi problems include going to the bathroom with an audience, which is not ideal but also not life threatening. One tweet reads, “Olympic athletes bonding Sochi Style!  #SochiProblems “

The Twitter account — and other parody sites similar to @SochiProblems — provide countless users with humor, but is this whole social media ridicule getting out of hand? Are the Winter Olympics not a time for countries to come together as one, to show our unity and share our passion for winter sports and those that have worked hard to be at the top of their game?

Tell us what you think about the #SochiProblems site.