The Bachelor star Juan Pablo Galavis has been making headlines for his anti-gay comments, but the star insists it all boils down to a language barrier. 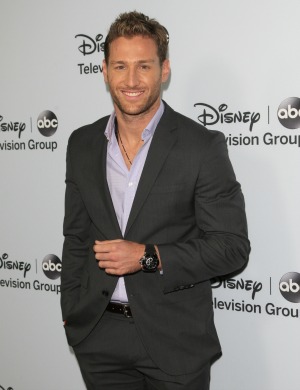 Ladies from across the globe have been silently falling in love with The Bachelor‘s new man Juan Pablo Galavis, but the ABC reality TV star is not getting love from everyone.

Galavis managed to make the headlines for all the wrong reasons this season when he made some controversial anti-gay comments during his appearance on the website The TV Page.

The Bachelor‘s Juan Pablo airs his grievances with gays >>

When entertainment journalist Sean Daly asked Galavis whether there could potentially be a homosexual bachelor on the hit series, Galavis responded, “I don’t think it is a good example for kids to watch that on TV.”

He later got himself into an even worse situation by referring to gay couples as “more pervert in a sense” and saying, “To me, the show would be too strong… too hard to watch.”

VOTE: Who’s the best Bachelor in the history of Bachelors? >>

Galavis has come under fire for his comments on more than one occasion, and the Venezuelan-born star is desperate to clear the air. During an interview with Good Morning America on Monday, he confessed that his comments were a mistake and the result of a language barrier.

According to Us Weekly, The Bachelor star confessed to Good Morning America‘s George Stephanopoulos that his comments about same-sex couples and potentially having a gay bachelor on the show were just “… a misuse of a word… Like I said, people don’t understand.”

The 32-year-old star continued, “It’s been hard because, to me, when I speak English, it happened to me [through] two months of filming, sometimes the words that I used were not interpreted the way that they should be interpreted, or I used a wrong word.”

“So I will go on my phone, Google and find the right word, and do it that way.”

10 Cutest photos of Juan Pablo with his daughter >>

In fact, Galavis went on to say he is not in any way homophobic and that he and GLAAD have discussed the comments, and they are now seeing eye to eye. The former professional soccer player even chose to share some personal information about his family life, saying, “I’m around gay people all my life, I have a cousin who is gay. His sister is a nun. It’s been around my house all my life. So, to me, it was a misunderstanding.”

This has not been Galavis’ only misunderstanding, however. He recently found himself in an awkward situation with one of the The Bachelor contestants Clare Crawley — after the pair snuck off for a secret swim in the middle of the night.

INTERVIEW: Will The Bachelor Juan Pablo refuse to pick a final girl? >>

Galavis admitted, “It was my mistake that night. At four in the morning I was watching baseball… and she knocked on the door, caught me off guard, and she was so excited about the whole day, you know, that, to me, you want to go in the ocean for your first time, I was like, ‘Sure.'”

“And then in the morning I was like, ‘I should have said no because it wasn’t fair for the other 10 girls that were in the room.'”

Let’s hope Galavis manages to keep out of trouble for the duration of the season.