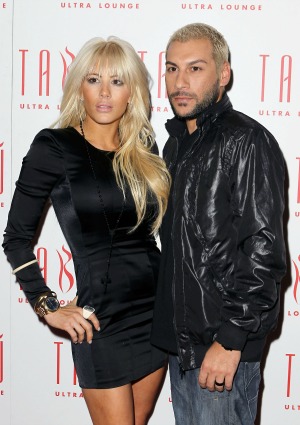 Shayne Lamas is in serious condition after tragically losing her baby, but not in a coma as previously reported.

The reality star’s father, Lorenzo Lamas, told People that while Shayne is not in a coma, she did lose her baby at 16 weeks gestation and will remain hospitalized.

“We are so grateful that my daughter, Shayne Lamas-Richie, is conscious and stable. She is not in a coma, however, she did miscarry the child she was carrying,” he told the mag.

“We are so very grateful to the hospital personnel and the doctors who saved her life last night.”

“Shayne is aware of her condition and that her family and her husband are here with her and love her so much. She will be remaining in the hospital until her doctors determine that she can be released.”

Shayne collapsed in her kitchen and was taken to the hospital where doctors found she was bleeding internally around her uterus.

Her husband, fellow reality star and owner of the controversial website TheDirty.com, Nik Richie, told fans in a statement on the site that he’d be taking time off to be with his wife.

“I’m going to take some personal days off from the blogging world. Unfortunate things happen to good people,” he wrote.

“I’m not the best person in the world, but I love my wife and my family. Shayne is my good person. She is my support and my smile. I found you and I never want to let you go. We will overcome.”

The couple wed in Las Vegas in 2011 just hours after meeting. They have one daughter, Press, who is two years old.