The premiere week for The Tonight Show with Jimmy Fallon is just around the corner! Check out the full line-up! 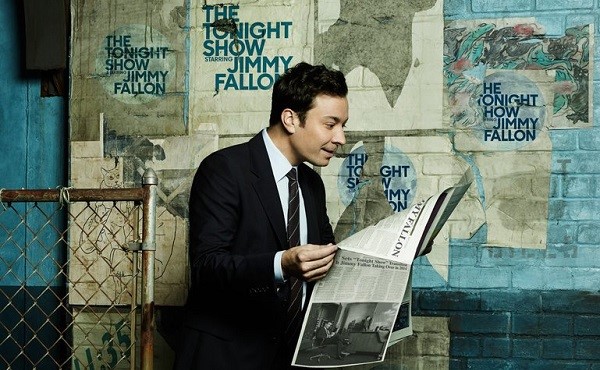 Ladies and Gents, Jay Leno has left the building. The only person more excited than the under-30 population of America is Jimmy Fallon, the heir to Leno’s late night throne. To help amp up the excitement for Fallon’s new time slot, NBC released the The Tonight Show with Jimmy Fallon‘s premiere week schedule. And, friends, it’s a doozy! Fallon is rolling out five days of heavy-hitting music and Hollywood types, littering the premiere week with best friends and people with whom we already know he shines brightest. Heck, he even tapped his political connections to land First Lady Obama.

Take a look at the full line-up:

If the premiere week is any indication, Fallon is hoping to start skewing the The Tonight Show fans to a younger demographic. That makes sense. The people who started by watching Fallon on Saturday Night Live then followed him to Late Night. They’ll/We’ll follow him to the Tonight Show, too. If he suddenly starts gearing his show to Leno’s older audience, he’ll lose the Leno fanatics and his own original fan base.

The new Tonight Show with Jimmy Fallon premieres next week after the Olympics with a slightly later time slot than usual for the first four episodes. Monday through Thursday will air at Midnight EST, while on Friday Fallon returns with brother from another mother Justin Timberlake at 11:35/10:35c.

Enjoy the show! We know we will.