It’s no fun getting sick during the winter. When you are in Sochi, the athletes have to take every sniffle seriously. Just ask Lolo Jones. 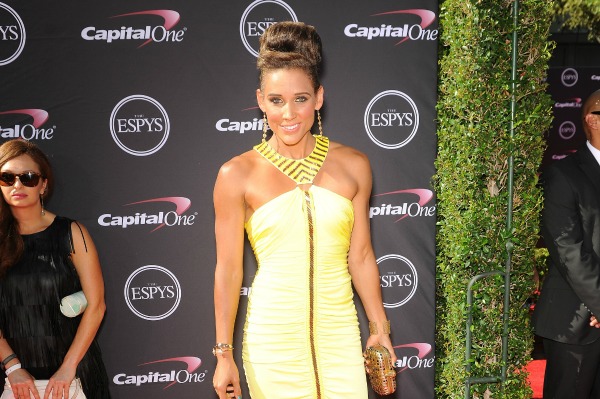 The athletes at the 2014 Sochi Olympics had better watch out because the flu is going around the athletes’ village. One member of the bobsled team went down over the weekend, Lolo Jones.

The 31-year-old former summer games hurdler came down with cold and flu-like symptoms which immediately resulted in quarantine. A U.S. bobsled spokesperson, Amanda Bird, told the Associated Press that the athlete was kept away from the other team members for precautionary reasons. They certainly don’t want the entire bobsled crew to come down with any illness when medals are at stake.

Jones tweeted on Monday that she was officially given the all-clear to rejoin the rest of her teammates. It doesn’t seem like being in quarantine was the worst thing that could have happened to her though.

Just released… been in quarantine room in Olympic village.Single room was nice just wish I had one of those stray dogs to keep me company

Now that she’s ready to train again, not everyone is excited that she’s back in the gym. U.S ice dancer Alex Shibutani jokingly tweeted out a photo of Jones standing far away from him while they were both lifting weights.

.@lolojones has been sick so this is as close as I'll let her get to me. #LOLButSeriously #SochiSelfie #Sochi2014 pic.twitter.com/xd3PpuMho3

Jones last competed at the 2012 London Olympics. Her first event in Sochi is scheduled to begin on Feb. 18 when she and fellow track star Lauryn Williams will become the ninth and 10th Americans to compete in both the summer and winter Olympics.