Jamie Foxx joined the parents of Trayvon Martin for a peace walk Saturday, marking two years since the teen’s death. Check out the actor’s message to all who’ll listen. 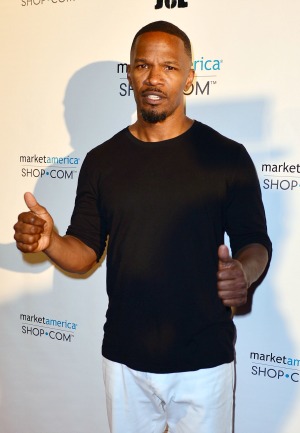 Jamie Foxx is marking the upcoming two-year anniversary of the killing of Trayvon Martin by speaking out. Taking part in a peace walk through Miami Gardens, the actor spoke about the unarmed 17-year-old who was shot by George Zimmerman on Feb. 26, 2012.

The megastar, who is also a father of two, continued, “What we are all supposed to do is protect our kids no matter what. We’re in a culture where things are sort of getting out of control… We’re starting to forget that guns actually kill. We’re starting to get desensitized to it. How can we be a society with guns, and responsible with guns? How can we be more responsible?”

“The blood that flows through America that is from gun violence is mostly African-American, and yet you young black folk sit here mute and ya’ll don’t say nothing about it.”

Addressing Trayvon’s parents, Sabrina Fulton and Tracy Martin, Foxx added, “I said you’ve got me for life, man. Don’t think that Hollywood isn’t thinking about you. Everyone that I talk to wants to be here or is tweeting right now or Instagramming or myfacing or whatever they call it. You young people know what it is. Whatever it is, but they are doing that.”

Leading up to the event, the White House Down actor encouraged others to attend by posting this message to Twitter: “It’s not about race, not about color, but about peace for our children! All people come out and join me tomorrow.”

Notably, the peace walk was held just three days after Martin’s Feb. 5 birthday, which would have been his 19th.