Kanye West has come out in defense of himself, claiming that recent accusations he cheated on Kim Kardashian are not true. 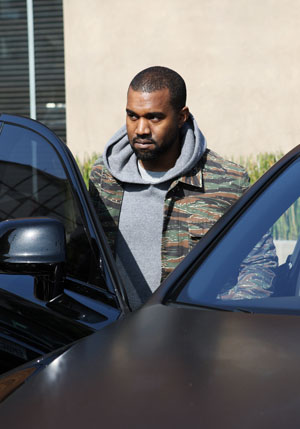 After several reports surfaced that Kanye West cheated on fiancée Kim Kardashian, the rapper has come out denying those “ridiculous” accusations.

Recent rumors claim that West was seen at a Miami hotel with model Gabriella Amore last year as the pair allegedly went into an elevator together, RadarOnline reported. “He looked like he was trying to keep a low profile, wearing sunglasses,” an insider told TabRag.com, the site that originally posted the story.

Apparently, Amore has been “bragging about having some video of her on her phone with her and Kanye, and she’s waiting till him and Kim tie the knot to leak it so she can get big money,” the source added.

Kanye was livid at these allegations and blasted the reports as “absolutely false.” A rep for the recently minted father said the whole thing is “ridiculous,” and added that “Kanye was never in Miami during this period. He was on vacation with his family.”

Actually, West and Kardashian, who are engaged to be married in May and have a small daughter together, are doing great. The lovebirds have also been seen vacationing solo in Miami and Paris and have recently pushed up their nuptials from July to May of this year.

The cheating claims from Amore aren’t the only ones that have made the rounds in recent months. Another model, Leyla Ghobadi, claimed she had an affair with West while he was with Kardashian. The Canadian beauty even posted a photo of herself with West as the two hung out together at a bar after one of his concerts.

But even though Ghobadi said she and West had two sexual encounters, one while Kardashian was pregnant, the rapper’s camp insisted it was all an attempt for publicity and not credible whatsoever, TMZ reported.