Julia Roberts’ younger half-sister had been trying to make her way in Hollywood, but was found dead Sunday. Her family reports she died of a drug overdose. 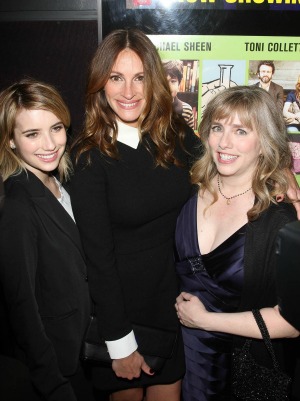 “It is with deep sadness that the family of Nancy Motes… confirms that she was found dead in Los Angeles yesterday of an apparent drug overdose,” the statement said, via People. “There is no official report from the Coroner’s office yet. The family is both shocked and devastated.”

Motes was only 37 when she died, and was reportedly found dead Sunday. She had also tried her hand at acting, and in the past had worked as a production assistant for Glee.

Her death is just the latest that is bringing to light the addiction problems among stars in Hollywood.

Motes was only 13 when Roberts landed her defining role in Pretty Woman, and had spoken with The Daily Mail about growing up in the shadow of one of the world’s most famous actresses.

“I think that growing up as Pretty Woman‘s little sister has definitely made me try to see the person inside and not the person outside. A lot of my life I felt judged for my weight,” she explained.

The Daily Mail reports that Motes had undergone a gastric bypass less than two years ago.

“It makes me feel incredibly hurt and very sad,” she said at the time. “When you’re in a family of very, very exceptionally beautiful people it’s intimidating.”

Julia Roberts won an Oscar for Best Actress in 2000’s Erin Brockovich. She is nominated again this year for her role in August: Osage County. Eric Roberts was nominated for an Oscar in 1986 for Runaway Train.