Paul Wesley, who plays heartthrob Stefan Salvatore on The Vampire Diaries, will step behind the camera this season, making him the first actor from the series to direct an episode. 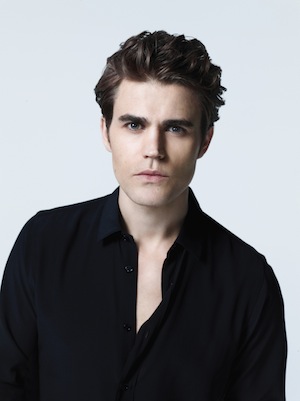 Paul Wesley is certainly proving he doesn’t just want to be seen as a handsome face. The actor is taking on a new role for Season 5 Episode 18 of The Vampire Diaries, making his directorial debut on the show.

“It’s an honor and the cast couldn’t be more supportive, which I feel truly grateful for,” Wesley said in an interview with Buzzfeed.

Wesley describes the episode as “nostalgic and suspenseful,” though the synopsis for the episode is unknown as of now.

Don’t worry — just because Wesley is stepping behind the camera doesn’t mean he won’t be playing double duty as Stefan for the episode.

“It’s not Stefan-light, but it’s also not Stefan-heavy,” Wesley said when asked about his character’s screen time in the episode. Wesley also explained he drew on a friend’s recent experience both directing and starring in a film to prepare himself for his roles in Episode 18.

In fact, Wesley has been preparing himself to direct for a while. He approached The Vampire Diaries‘ executive producer Julie Plec early on in the series, expressing his interest in directing. Wesley said the studio responded positively, but wanted the actor to prove himself before allowing him to take up the position.

“I spent a year shadowing directors, attending meetings, prepping, sitting in the editing room, etc. Even though I have been working in TV for years, it ended up being such a blessing because I learned invaluable information.”

Adding the directing credit to his résumé will make Wesley a triple threat. Aside from his acting and directing on The Vampire Diaries, he is also producing a feature film, Before I Disappear, which will premiere at this year’s South by Southwest Music Conference and Festival this March.

The Vampire Diaries will return with a new episode Thursday, Feb. 27, on The CW.