Joe Jonas may not have good things to say about many people, but when it comes to Selena Gomez, he’s all praise — and he hopes she becomes happy again soon. 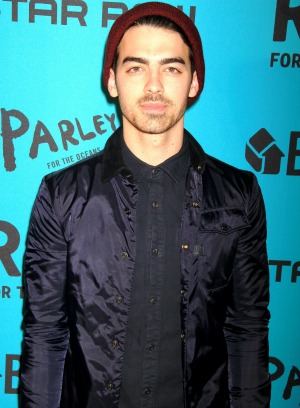 Selena Gomez has been having a very tough time lately!

The starlet’s issues are said to have stemmed from her emotional split from ex-boyfriend Justin Bieber. She called time on her Australian tour and most recently did a stint in The Meadows facility in Arizona because it was believed the brunette beauty was burned-out.

Fans are becoming increasingly worried about the young starlet and it appears Joe Jonas is no exception.

The former Jonas Brother star admitted he is a fan of Gomez’s in an interview with E! News at the G-Star RAW X Bionic event in New York City, New York, on Saturday. And he really hopes she manages to get her life back on track.

Jonas has come under fire from his fellow Disney stars lately because of an open letter in which he expressed that he was just the Disney Channel’s puppet. However, there is one former Disney star he still appears to care for and that is the “Come & Get It” hit maker.

The 24-year-old star revealed his advice for Gomez and how she should deal with the fame and all the negativity that has been surrounding her life. Jonas shared his advice, saying, “Something that I heard from someone I looked up to was, ‘Watch the people around you and learn from their mistakes so you don’t make the same.'”

”I just held on to that and any time I saw a celebrity I really looked up to screw up, I just was like ‘all right, I am not going to do that or try my best ability to avoid that,’ so it’s just a learning tool.”

Although, there have been rumors that Gomez’s rehab stint was not just for dealing with her emotional and physical exhaustion — there have been reports circling that she has problems with substance abuse for alcohol and marijuana use.

Whatever Gomez is suffering from, we hope she manages to get it under control and goes on to have a much happier and healthier future.