Fox has canceled The X Factor after Simon Cowell announced he is leaving the show. 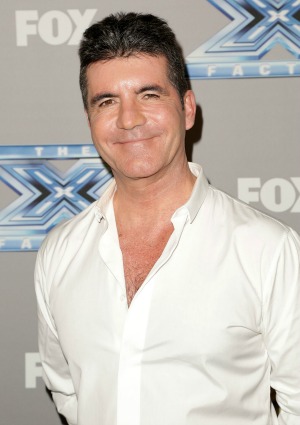 Simon Cowell has announced his return to the U.K. X Factor show — a move precluding him from coming back to The X Factor U.S. — and seeing the writing on the wall, Fox has canceled the entire show.

Cowell announced his decision in a statement Friday, saying, “I’ve had a fantastic time over the last 12 years, both on The X Factor and American Idol. And apart from being lucky enough to find some amazing talent on the shows, I have always had an incredible welcome from the American public (most of the time!).”

“Last year, for a number of reasons, I had to make a decision to return to the U.K. version of The X Factor in 2014. So for now, I’m back to the U.K. and I want to thank Fox for being an incredible partner and I also want to thank everybody who has supported my shows. America, I’ll see you soon!”

Fox entertainment chief Kevin Reilly quickly followed with the decision that the entire U.S. version of the show had been axed.

“To all of us at Fox, Simon is more than one of the most prolific TV personalities of our time — he’s part of our family. A consummate showman and partner, there’s no one more passionate or creative than Simon, and we feel so fortunate to have enjoyed such a wonderful, collaborative relationship with him over the past 12 years,” Reilly said in a statement.

“Unfortunately, there is no X Factor USA without Simon Cowell, but we understand and support his decision to focus on the international formats and on the next phase of his personal life. We wish him the very best, and it’s our sincere hope that we work together again soon.”

The move wasn’t a complete surprise. Ratings have suffered in recent seasons, and talk of the loss of Cowell led Reilly to admit in January that if the show came back next season, there would have to be some major changes.

“The show underperformed this year,” Reilly told reporters at the Television Critics Association’s winter press tour in January. “Simon himself would admit that. The ratings were not what we hoped, but this is a No. 1 brand around the world… and during that lifecycle, there’s been markets where it’s been down and had some very tough seasons, and they’ve reanimated it with producing changes and different ideas. I’ve heard some of those ideas. They are interesting. If the show were to come back, it would not be in the current format we have.”

Sadly, it will not come back at all.