Woody Allen is answering Dylan Farrow’s claims of sexual abuse in his own words. 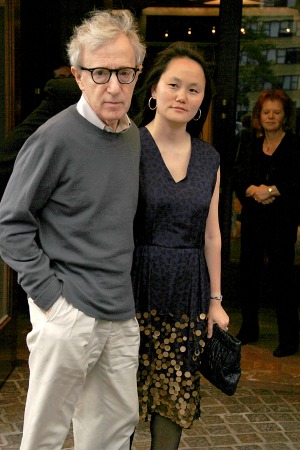 While Woody Allen’s lawyer has spoken on his behalf regarding the accusations Allen sexually abused his daughter Dylan Farrow, we had yet to hear from the famed director himself — until now.

After Dylan penned a letter to The New York Times detailing her childhood nightmare, Allen decided a letter of his own was in order — and in it, he not only flatly denied laying a finger on Dylan, but he said her mother Mia Farrow planted false memories in their daughter as payback for his relationship with Soon-Yi Previn.

“Twenty-one years ago, when I first heard Mia Farrow had accused me of child molestation, I found the idea so ludicrous I didn’t give it a second thought. We were involved in a terribly acrimonious breakup, with great enmity between us and a custody battle slowly gathering energy.”

“The self-serving transparency of her malevolence seemed so obvious I didn’t even hire a lawyer to defend myself… I hadn’t molested Dylan and any rational person would see the ploy for what it was.”

Allen went on to detail his version of the investigation, saying that the Child Sexual Abuse Clinic of the Yale-New Haven Hospital found that Dylan had not been sexually abused by him and that there was a strong possibility she had been coached by her mother.

“Not that I doubt Dylan hasn’t come to believe she’s been molested, but if from the age of seven a vulnerable child is taught by a strong mother to hate her father because he is a monster who abused her, is it so inconceivable that after many years of this indoctrination the image of me Mia wanted to establish had taken root? Is it any wonder the experts at Yale had picked up the maternal coaching aspect 21 years ago?”

And in a shocking revelation, Allen claimed Mia pretty much admitted to the scheme as a means of revenge for his falling in love with her adopted daughter Soon-Yi Previn, who was just a teen at the time.

“Mia called my sister in a rage and said, “He took my daughter, now I’ll take his,” he claims.

For good measure, Allen reiterated once more that he did not molest his daughter.

“Of course, I did not molest Dylan,” he repeated. “I loved her and hope one day she will grasp how she has been cheated out of having a loving father and exploited by a mother more interested in her own festering anger than her daughter’s well-being. Being taught to hate your father and made to believe he molested you has already taken a psychological toll on this lovely young woman, and Soon-Yi and I are both hoping that one day she will understand who has really made her a victim and reconnect with us, as Moses has, in a loving, productive way.”

Read the complete statement from Woody Allen at NYTimes.com.