The magazine doesn’t hit newsstands until March 13, but SheKnows has the exclusive James Franco artwork from V Man. 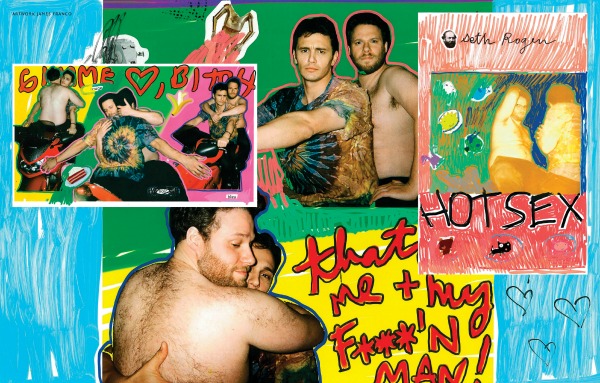 James Franco might be one of the most versatile artists of his generation since he moves so fluidly between acting, directing, writing and teaching. In the latest edition of V Man, he takes on the role of journalist as he interviews his colleague and spoof-video co-star, Seth Rogen. 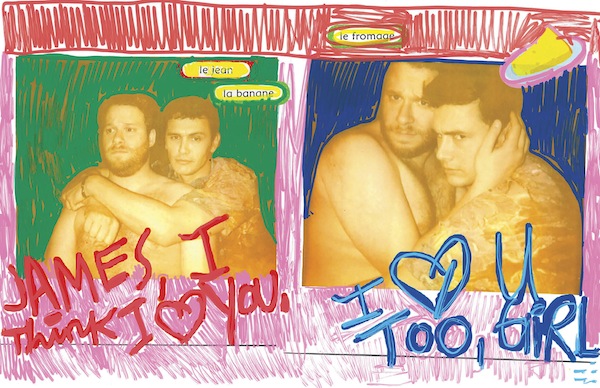 The two actors sit down to discuss Rogen’s directorial debut with This Is the End, and they also discuss his latest effort, The Interview, which stars Franco. The best part of the entire article, though, has to be Franco’s original artwork featuring Rogen. 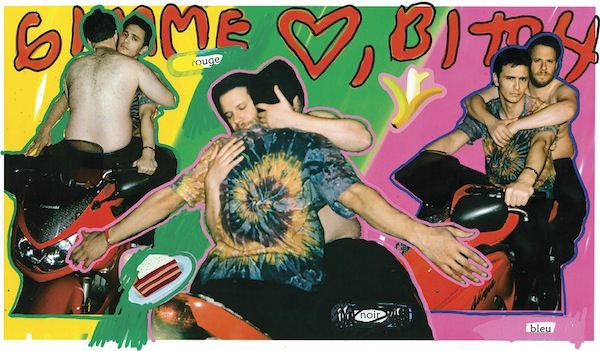 Franco’s creations are from the video spoof of Kim Kardashian and Kanye West’s music video “Bound 2.” Franco and Rogen did their own hilarious spoof video, “Bound 3,” and now SheKnows has the exclusive on Franco’s artwork.

The first image features Franco with his tie-dyed shirt and with Rogen shirtless on the infamous motorcycle. The photos are surrounded with quotes like “Gimme [love], b****,” “That me + my F***’n man!” and “HOTSEX.” The multicolored piece hilariously captures the fun they had on set that day.

The 16 best quotes from the Roast of James Franco >> 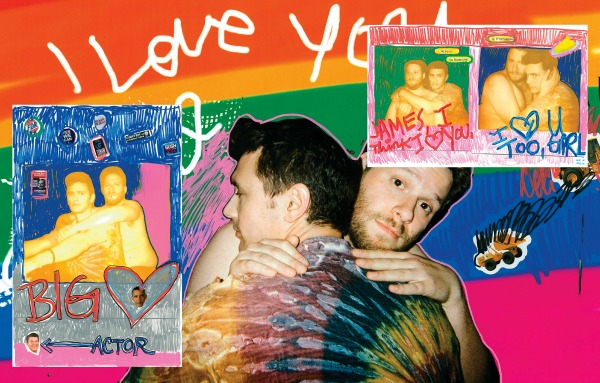 The second piece of artwork is even funnier because the two actors’ embraces become even more comedic and poignant. Their tough-guy motorcycle pose is juxtaposed with an image of Presidents Barack Obama and Ronald Reagan, with the words “big actor” near them. Franco and Rogen also hug it out, and “I love you” appears throughout the piece. 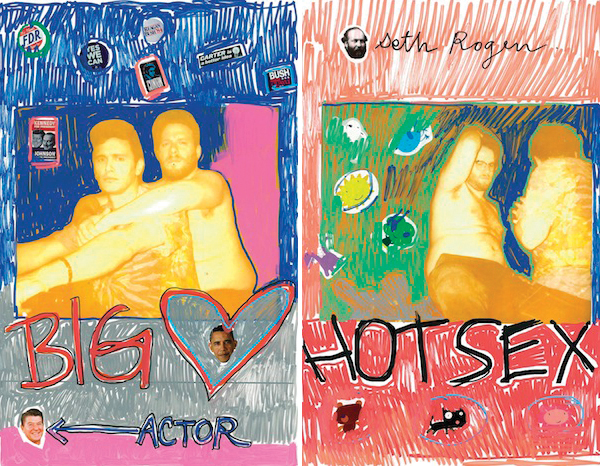 It’s such a sweet bromance!