The Winter Olympics in Sochi are already getting off to an entertaining start, with the Russian Police Choir singing their version of Daft Punk’s “Get Lucky.” 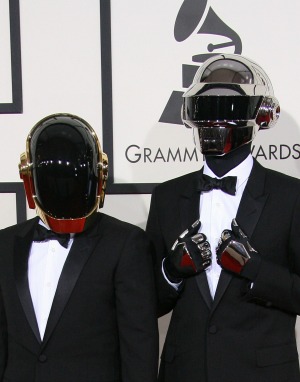 The opening ceremonies of the Winter Olympics are always a big spectacle, and it seemed possible that the Russians would go above and beyond for their games. They put together a diverse ceremony, but an unlikely song by an unlikely group of men may have been the best part of all.

7 Best GIFs from the Russian Police Choir’s “Get Lucky” >>

The Russian Police Choir took on the huge task of covering Daft Punk‘s Grammy Award–winning song “Get Lucky,” and their performance is receiving all sorts of reviews across the Internet. The policemen’s version included soloists, dancing (many times, awkwardly) and many, many backup singers.

GIFs: Why we love the Winter Olympics, as told by Will Ferrell >>

It’s not clear whether the policemen were lip-synching, and although that’s possible, it looks like the whole thing was done live, in front of the entire world. As Russia is many hours ahead of the United States, the video went viral online long before many Americans saw it on TV. But there is a good chance many will tune in to Friday’s Opening Ceremonies simply to see the performance again.

The song is a popular one for audiences everywhere. Back in 2013, Stephen Colbert also danced along to it, along with some very famous friends.

The performance wasn’t a complete surprise. According to Pitchfork, a video of the same police choir singing the same song — reportedly as practice for their big international TV debut — went viral in 2013.

Russian group t.A.T.u. also performed their song “Not Gonna Get Us” at the ceremonies.

Daft Punk went home with many, many awards at the Grammy Awards Sunday night, Jan. 27. They won for both “Get Lucky” and their album Random Access Memories.

Many online commentators thought the police group’s rendition of the Daft Punk song was silly, but it took a lot of guts to get up onstage to perform what has become such a popular song. It was a fun performance. Daft Punk has not yet commented on the Winter Olympics version of their song.

You can watch the official opening ceremony version here or watch the choir practicing in 2013 below.