Jennie Garth has seen it all, and now as a single mother, she wants to share her life story with the world. 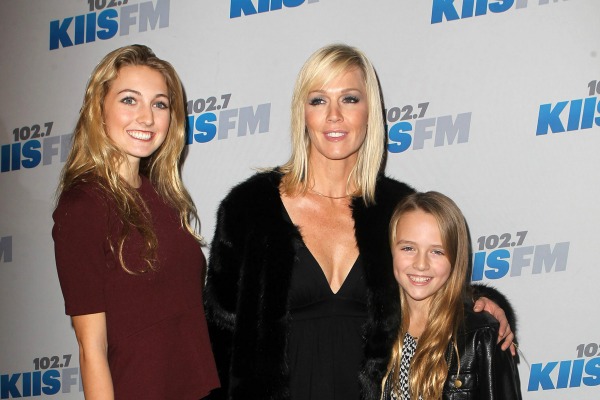 Jennie Garth‘s life has been an interesting ride, and she plans to share it all with the world in a new memoir. In that story, her fans will get to learn more about what brought her to Hollywood and how she has changed since her life as a child in Illinois.

“It’s through my perspective, and so it’s interesting to read someone else’s story, you know — my experience,” Garth told People. “This book is definitely about my journey — starting out in the Midwest as a little girl, the things I did in my adolescent and teenage years to early stardom and [the] present day.”

The 41-year-old has been rediscovering herself in recent years, after a divorce from husband Peter Facinelli. The couple has three daughters: 16-year-old Luca, 11-year-old Lola and 7-year-old Fiona. Raising three daughters has taught Garth a lot about females — even more than she knew before — but the three have fun no matter what they’re doing.

“We rock out in the car a lot,” she said. “We just have fun anywhere we go as long as we’re together, you know? It’s a lot of energy. A lot of feminine energy.”

But raising three children of all different ages, plus balancing a successful career, has been a challenge for the actress, who is once again single. She shares custody with Facinelli, but she has learned how to balance their busy lives and her own schedule.

“I have a calendar and it’s like my bible, and the girls are on it and their pickup and drop-off times,” Garth explained. “I’ve recently gone back to a day planner, and I like to write down things and I look at it all — the whole week [at] a glance. It really sets my mind at ease.”

The book, Deep Thoughts from a Hollywood Blonde, was a labor of love for Garth, and will tell the story of her life: growing up as a Midwest child, becoming a Hollywood teen and then a successful TV star. Most important, she is happy to be “leaving something behind for my girls — on the bookshelf, it’s going to be so cool to see my book up there. They’re going to really love that.”