Justin Bieber allegedly claims that Selena Gomez is a drunk and he’s not the one to blame for it, as her addictions are all on her. 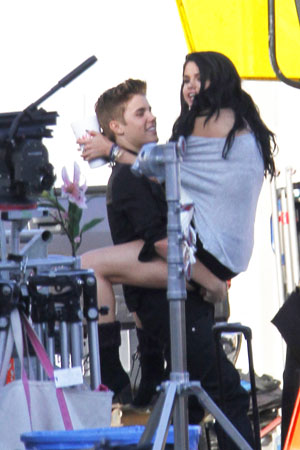 Selena Gomez is a hopeless drunk, or so says Justin Bieber, who claims the singer is a heavy drinker and weed smoker, and he has nothing to do with her addictions.

According to people who are close to Bieber, the pop singer claims that he is not responsible for Gomez’s problems or her drinking and drug addictions, insisting she has no one to blame but herself, TMZ reported.

Bieber admitted to his own pot smoking following his infamous DUI arrest in Miami Beach, Florida, last week. But he said Gomez is a much heavier partier, and claimed she used to often get into drinking and smoking contests with him and his pals at parties.

Gomez recently admitted she secretly went into rehab to work on some issues that supposedly did not involve alcohol or drugs. However, other reports surfaced that the “Come and Get It” singer sought help for pot and a prescription Ambien addiction as well as for drinking too much.

The 21-year-old star reportedly blamed her problems on Bieber, saying he and his friends were a bad influence by exposing her to an excess of bad habits. She also claimed she needed to get over her relationship with the Biebs after she was seen going back to him on several occasions since they had officially broken up.

Meanwhile, new reports surfaced that Gomez left rehab early before completing the program so she could attend the Sundance Film Festival. Sources told TMZ that the Spring Break actress is currently not receiving any treatment at all and claims she’s doing well now and doesn’t need it.

TMZ’s insiders are saying that Bieber blames Gomez’s parents for making him the excuse for their daughter’s problems. They allegedly hate the troubled 19-year-old and are trying to turn her against him. But this works out well for the Canadian crooner since pals say he is very happy to be rid of his ex-girlfriend and her high-maintenance ways.