Russian pop duo t.A.T.u are finally making a comeback. The duo, who shot to fame for their faux lesbian behavior, are set to open the Sochi Winter Olympic Games. Controversial? 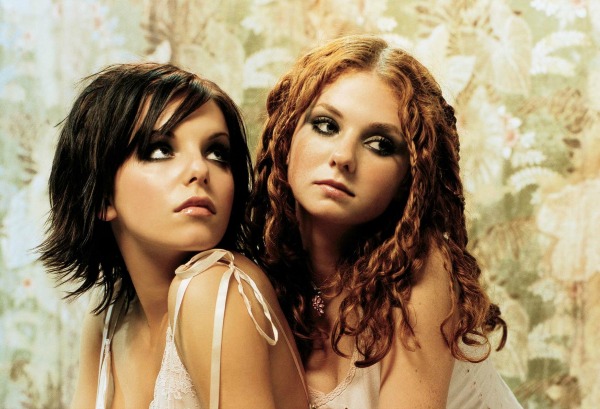 The buildup to the 2014 Winter Olympics held in Sochi, Russia, has been nothing short of controversial thus far. However, perhaps in Russian president Vladimir Putin’s bid to make his country appear more gay-friendly, the opening ceremony on Friday, Feb. 7, will see the return of pop duo t.A.T.u.

Russian President Vladimir Putin is a fan of Elton John >>

t.A.T.u., the girl group that consists of singers Lena Katina and Yulia Volkova, shot to fame in 2003, making headlines for building their career on lesbian and bisexual themes as well as their raunchy schoolgirl music videos. It’s controversial indeed, especially because Russia has come under fire in recent months for its anti-gay propaganda laws.

The “All the Things She Said” hit makers went on to enjoy relationships with men after their mass success in the 2000s and their international fame gradually dwindled. However, the pair still do have fans across the globe, and the fact that they have not performed together since their split in 2011 makes this an exciting occasion.

Lindsey Vonn will be in Sochi after all… as a correspondent >>

If you were looking forward to watching t.A.T.u perform on live television, then you’ll be sorely disappointed. According to the Washington Post, the details of the opening ceremony still remain a secret. Even though the girl group is said to perform at the warm-up show, the performance will not be broadcast internationally.

According to The Guardian, the Russian media reported that t.A.T.u hasn’t been enjoying working with the Sochi officials, and Katina apparently used her social media to criticize them, saying, “The organisation is horrible … They’re treating the artists like s***!!!”

Meet these amazing Olympic athletes who are also moms >>

However, there is no longer any evidence of these posts and they have since been deleted — most probably to avoid any trouble.

Madonna and Lady Gaga have also come under fire from Russian legislators in the past with the music greats being threatened with arrests and bans from the country for their alleged “gay behavior.”

So does it appear a tad hypocritical that the Russian Winter Olympics team will be welcomed into the Fisht Olympic Stadium by the hit track “Not Gonna Get Us,” performed by faux lesbian artists t.A.T.u.?

Let’s hope there are no arrests!